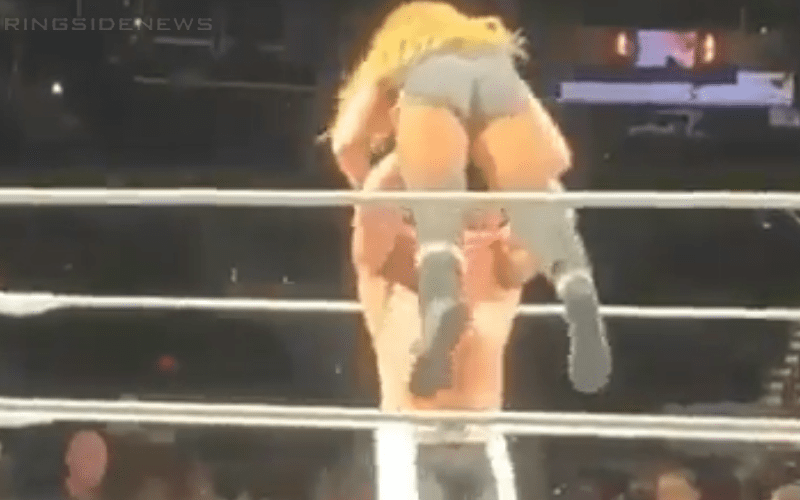 Seth Rollins and Becky Lynch are a real couple in WWE and the company doesn’t want you to forget about that either. Now it looks like that relationship is on full display whenever WWE makes a new town.

Becky Lynch recently replied to some criticism that her and Rollins don’t have a lot of chemistry. She suggested that they reenact a famous scene from Dirty Dancing to prove them wrong. It looks like she was serious about it too.

So to close out a recent house show, Becky Lynch took a run at Seth Rollins and he lifted her up high like she was Baby from Dirty Dancing and Seth was Patrick Swayze. It popped the crowd huge which makes us wonder if they might try to pull that one off on live television too. If Vince McMahon hears how over it is then he might just request it because that’s good sh*t, pal.

They did a pretty good job, but it was nothing compared to how The Revival do it.

You can check out the clip below from our Official Instagram page. It looks like The Man sure showed all of those people who didn’t think that her and The Architect have any chemistry on camera.