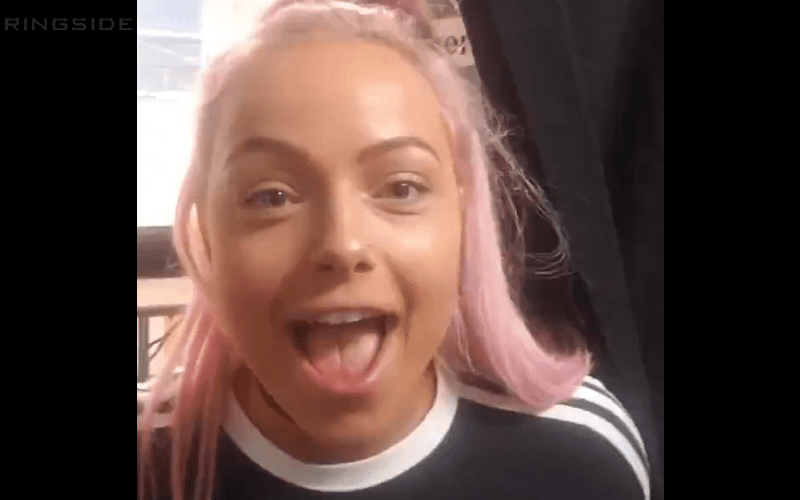 Liv Morgan is still on the road with the SmackDown brand even if she isn’t appearing on television. She recently had a little mishap where she locked herself in her dressing room, but thankfully Ali was there to document the entire thing.

To be fair, Ali also did a fair amount of teasing Liv Morgan too. Someone was there with a key, but they unfortunately brought the wrong one. So they had to come back and try again.

Thankfully, Liv Morgan was able to get out of the room after locking herself in. In reality, the door wasn’t locked, it just took a little more force. That didn’t change Liv’s story that the door “locked itself” on her.

This was certainly a great little backstage event and one of the reasons it is so awesome that everyone has a video camera on their phone now.

You can check out the video below. It’s mostly Ali as he documents the event, but once Liv comes out she really looks happy to be free of her temporary holding cell.