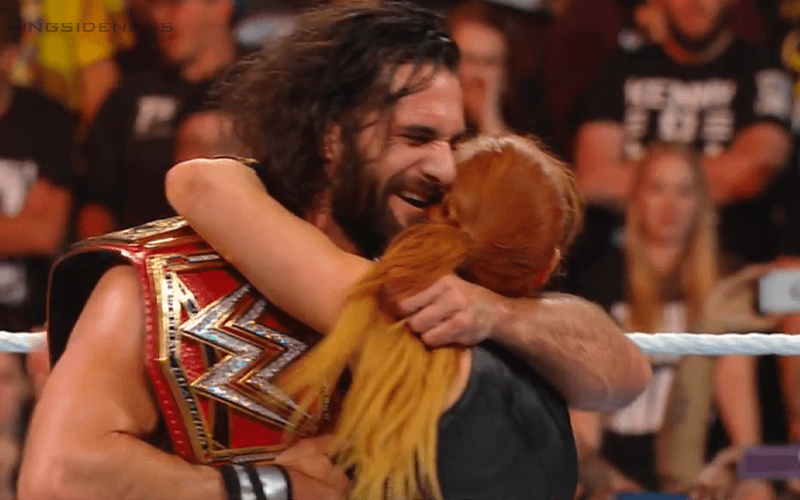 WWE knows that people are interested in the fact that two of their top Superstars are an item. Seth Rollins and Becky Lynch sat next to each other at the WWE Hall Of Fame and the internet exploded. We know this because an article we had published weeks before the HOF about them dating suddenly blew up when The Honky Tonk Man started singing in the crowd and they were caught on camera together.

Now that Rollins and Lynch’s relationship has appeared on WWE television it doesn’t look to be stopping any time soon. WWE Stomping Grounds closed out with the two hugging and their relationship was on full display during the MTV Movie & TV Awards’ red carpet.

PW Insider reports that WWE has no plans at all in slowing down their focus on Rollins and Lynch’s relationship either.

You can also expect a big push for the Seth Rollins-Becky Lynch coupling on television going forward.

We previously reported that a big mixed tag team match is very plausible coming soon. This match could see Rollins & Lynch vs Baron Corbin & Lacey Evans. That might be worth watching if they can achieve the proper build for it.