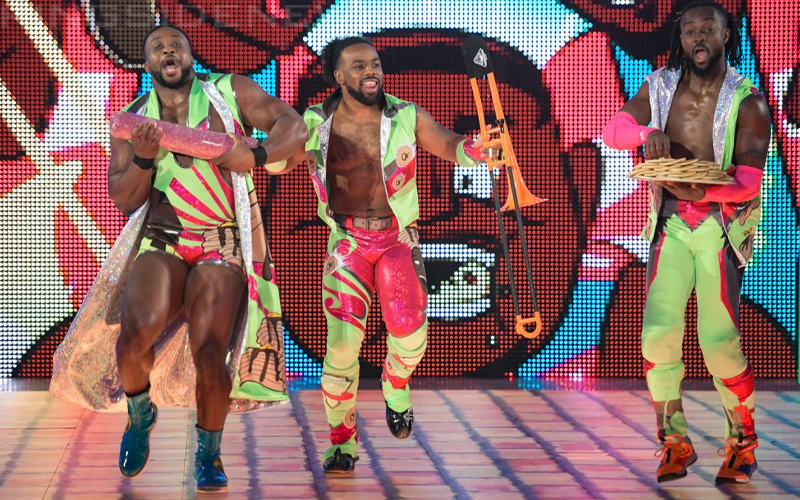 The old saying that you should never put something in your mouth because you don’t know where it’s been has never been more true. If you catch one of The New Day’s pancakes at a WWE show it might be tempting to try it, but Kofi Kingston would advise against it.

Although some pancakes come off of a big plate that Kofi brings to the ring, other times those pancakes come right from Big E’s singlet. That certainly would give the pancake an extra layer of flavor that they don’t need.

While speaking to The Wrap, Kofi Kingston admitted that fans can do whatever they want with the pancakes, but he wouldn’t eat one.

“You can do with them as you please, but understand that, not only do some of them come out of my championship belt, some of them also come out from Big E’s singlet. So do whatever you want with that information. If you want to eat them, that’s on you.”

So let this be a lesson the next time you’re at a WWE event and you see The New Day slinging out pancakes. Because sometimes you don’t want to catch something thrown to you by a WWE Superstar.