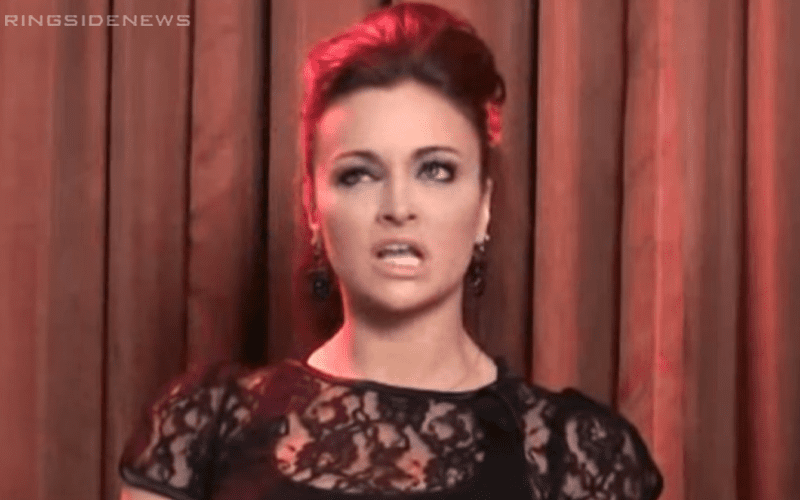 The pro wrestling world can be full of stories that aren’t extremely favorable. It seems as if Maria Kanellis has run into a few circulating that she doesn’t care for in the slightest. She isn’t holding back about it either.

Maria Kanellis recently went off on Twitter about some reports that she didn’t like. Ringside News cannot help the news and we are totally unbiased in that regard. However, it does seem that something Mike Johnson said which we reported on or something Brad Shepard said really pissed her off.

Apparently, Kanellis is claiming to have dirt in her inbox about some pro wrestling journalists as she threatened to send out pictures of her inbox as well.

I’m starting to wonder when the Wrestling “News” sites are gonna realize they are getting played by sources desperate for attention. Attacking a pregnant women with false accusations could get you fired in another profession. Be professional. Do the research. Don’t become puppets.”

“Furthermore, some of these “reporters” used to beg me for interviews when I was on the indys. You want me to start taking photos of your emails and sending them out? I don’t think so. Just sit back and enjoy the show. Because I certainly am enjoying all of you looking like fools.”

“That’s all I want to say on that. I’d rather do my job, enjoy my daughter, and rest for my pregnancy.”

For what it’s worth, Maria Kanellis did reply back to a fan asking if she plans on coming back to WWE after the birth of her second child.

Yes I do, god willing. I also plan on working as long as my doctors approve. Thanks for your question. (That’s how you get an answer, you ask a question. And if it is something I can answer, I will.)

So there you have it, if you want a question answered by Maria Kanellis then apparently all you have to do is ask.

Our DMs are open, Maria.