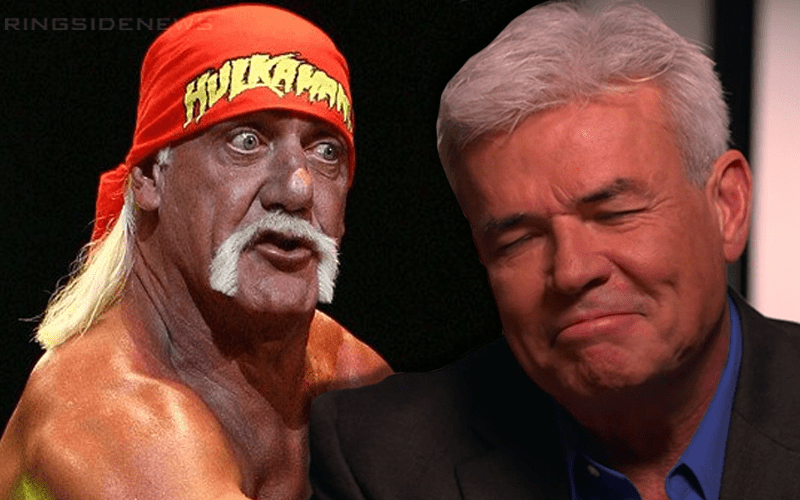 Hulk Hogan has appeared a few times after his name was reinstated in the WWE Hall Of Fame when his time out for admitting to being “racist to a point” was over last year. Now it appears his old buddy Eric Bischoff could have a part in bringing him back a little more often.

Bischoff and Hogan go way back and were instrumental in helping WCW become the powerhouse that it was during the Monday Night Wars. WCW didn’t end too well, but that’s another story. Let’s not forget about their time together in TNA although that didn’t end well either. That doesn’t mean that the two don’t still enjoy working together. After all, Bischoff was just working on the Hulk Hogan biopic with Netflix before taking on his new WWE job.

Mike Johnson of PW Insider was asked if Bischoff’s new role increases the odds of Hulk Hogan returning to television. His answer was pretty straight-forward because Bischoff could pitch any number of ideas, but everything needs Vince McMahon’s green light before it can happen.

They’ve always worked together, so it would be silly to assume they won’t try to do something down the line. At the end of the day, it will come down to Vince McMahon’s approval. It’s still his call at the end.

It would be interesting if Hulk Hogan were to make a return, but also ironic because Rusev made a great joke about Hogan returning on the day the news broke about WWE’s new Executive Director roles.