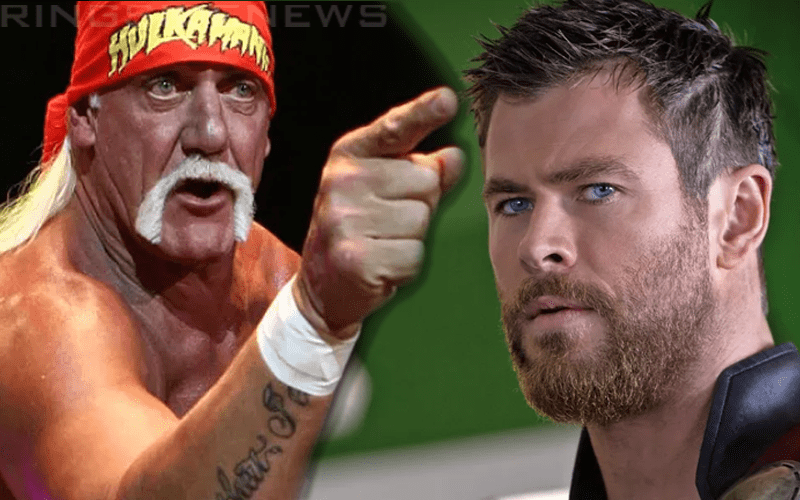 As fans await Pandemonium, the Vince McMahon biopic that is currently stuck in developmental purgatory there is another huge pro wrestling film in the works. The Hollywood Reporter says that a Hulk Hogan biopic is in development starring Chris Hemsworth.

Thor is currently slated to play The Hulkster with Director Todd Phillips at the helm of the project. This film will also reunite Phillips and Scott Silver, the team behind the upcoming film The Joker based on the famous DC Comics villain.

The upcoming Hulk Hogan biopic is currently in the middle of closing a deal with Netflix. Michael Sugar, producer of Oscar Award-winning film Spotlight is attached to the project. Bradley Cooper and Phillips will also co-produce the film under the banner Joint Effort. Chris Hemsworth will also be a producer for the project along with Eric Bischoff.

As Fighting With My Family debuts this weekend, this new announcement could open the door for even more pro wrestling oriented films. After all, some of the best stories in the lives of pro wrestlers didn’t happen in the ring at all.