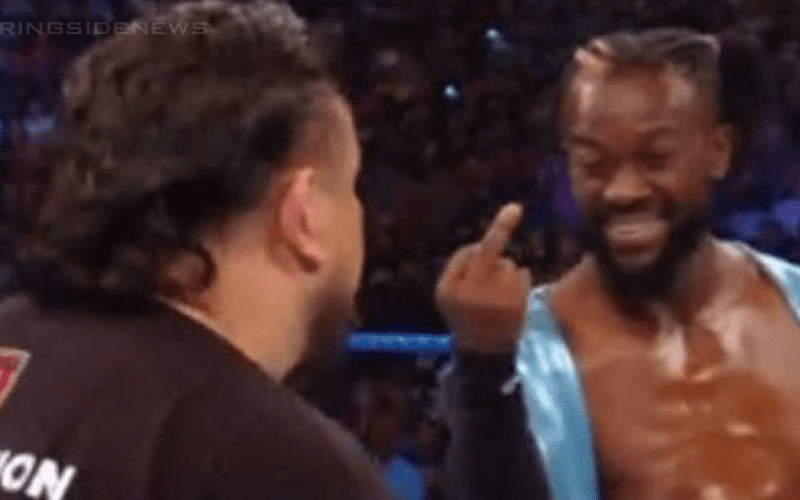 WWE is doing everything they can at this point to draw interest to their product. There is a pro wrestling war going on right now and WWE doesn’t want to lose any territory at all.

One fan base that they are desperately trying to increase is their teenage numbers. So they thought maybe Kofi Kingston giving Samoa Joe the middle finger will do the trick.

Dave Meltzer noted on Wrestling Observer Radio that the company is trying to get teenage audience numbers back up. Therefore, they are doing more risque things during their programming. This included Corey Graves shouting the S-Word on Raw and Kofi Kingston flying the bird in Samoa Joe’s face on SmackDown.

We will have to wait and see if this works. RAW’s numbers were slightly up this week and the jury’s still out on SmackDown Live’s performance in the ratings. However if this tactic didn’t work then there are other profanities and obscene gestures they can always try next.