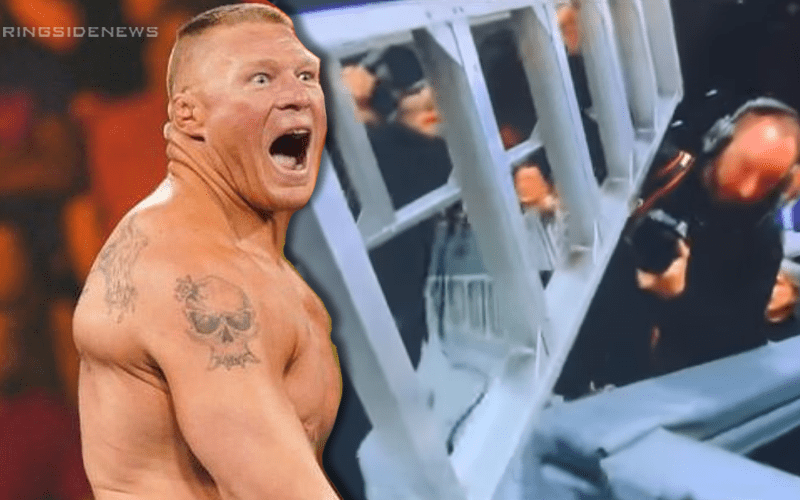 Ali had his fingertips on the Money In The Bank briefcase when Brock Lesnar invaded the closing moments of the match and stole that opportunity away from him. This was a very controversial moment, but some fans might have missed Lesnar nearly decapitating two WWE cameramen with a ladder.

As Lesnar ran to the ring he shoved a ladder out of the way and it fell directly on two of WWE’s cameramen who were just doing their jobs.

Ali recently took a shot at Brock Lesnar’s WWE contract when one fan pointed out that he had his hands on the MITB briefcase, but didn’t pull it down. This is when Ali came up with a great reason why he didn’t pull down the briefcase.

Yo. I didn’t freeze up there. I honestly thought it was a Brock hologram. I was amazed at the quality. Then I saw the camera man nearly die and I was like “Oh, it’s the real deal.”

Brock Lesnar is still the Beast In The Bank. This doesn’t change how close Ali was to getting the briefcase instead. There’s always next year for Ali, but that is of course, if Brock Lesnar doesn’t want to try for a repeat performance. Let’s just hope he leaves the cameramen out of it this time.