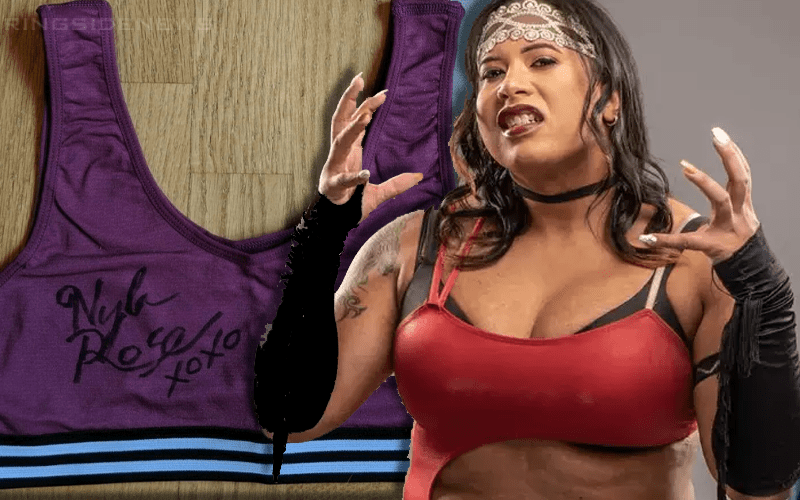 AEW has a lot of stars who have brought a considerable amount of attention on themselves. Nyla Rose’s performance at Fyter Fest didn’t amount to a win, but she certainly gave her opponents a rough day at the office.

At this point, Nyla Rose isn’t confirmed for any more matches in AEW, but once the company’s television show debuts on TNT you can probably expect to see much more from her. Apparently, this won’t stop airport security from giving her a hard time.

Nyla Rose is now giving back for a great cause. Keep A Breast, a breast cancer awareness charity is now auctioning off one of Rose’s sports bras.

The sports bra is going for $20.50 as of this writing, but there are still over six days to go. If you’re interested in putting down a bid, you can check out the auction here. There have already been a few bids thrown down too so this could turn into quite a bidding war for a great cause.