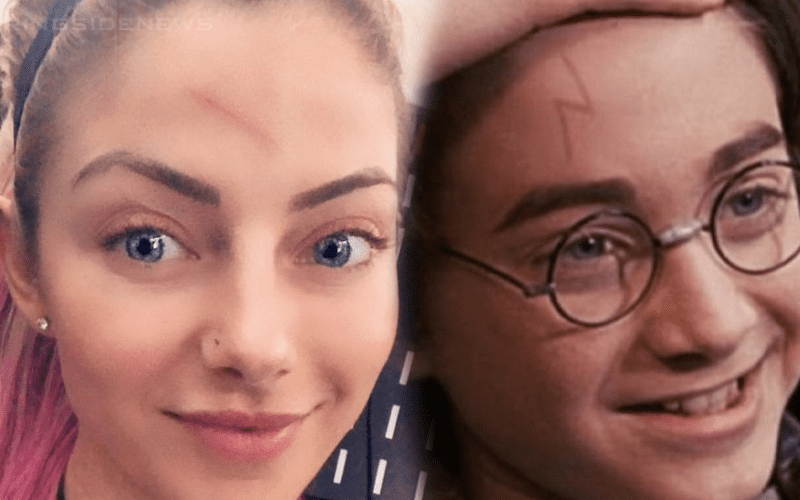 Alexa Bliss recently took part in WWE’s Japan tour and she was very glad to be back in the ring. Now she has the mark to prove it and it looks quite magical.

If you’re familiar with forehead scars then you’ll remember a certain famous wizard who sported one of his own. Bliss’ might not be as cool as Harry Potter’s but at least she didn’t have to survive an Avada Kedavra spell to get it.

When Bliss sent out a selfie yesterday showing off her new scratch, she received some quick responses from people who likened it to Potter’s famous forehead scar. Of course, her’s is not lightening bolt shaped either, but Bliss did reply to Peyton Royce saying that she’s waiting on her letter from Hogwarts anyway.

Hopefully, her new scratch will heal up without actually leaving a scar. If it does then it might get her a discounted admission into the Wizarding World in case she ever gets tired of Disney.