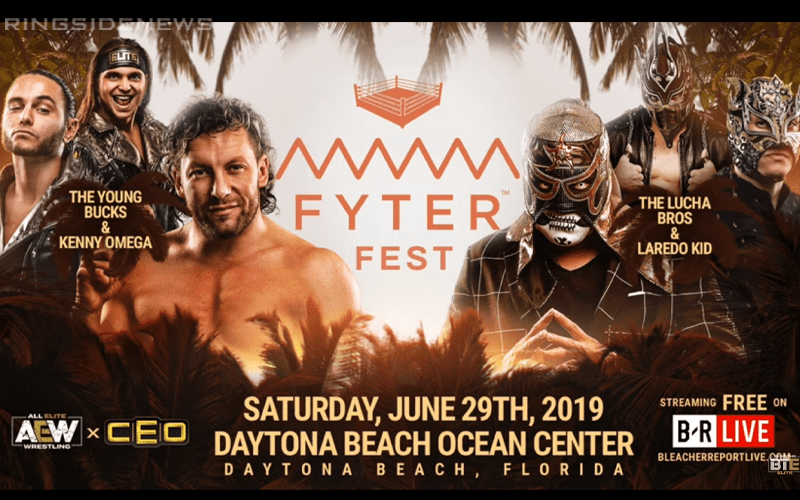 AEW Fyter Fest will be the company’s second pay-per-view event. Only it won’t cost you a thing to watch it if you’re in the United States.

The event will be streaming on B/R Live. It is greatly suggested that fans register their accounts now so there isn’t a rush which could clog up that system. So be prepared, because Fyter Fest is going to bring a big show.

All fans outside of the United States can visit Fite to see about details of getting the event.

What is specifically notable about this event is the fact that it will be Jon Moxley’s first match with AEW as he faces Joey Janela. It also has a ton of capability of being an extremely violent affair as it is now an non-sanctioned match.

Adam Page vs. MJF vs. Jungle Boy vs. Jimmy Havoc

SCU vs. Private Party vs. Best Friends (Winner will receive a match at AEW All Out on August 31st where the winner of that match will get a bye in the upcoming AEW World Tag Title Tournament)

Kylie Rae vs. Leva Bates (with Peter Avalon) — Not official, but rumored as it was promoted by Fite.