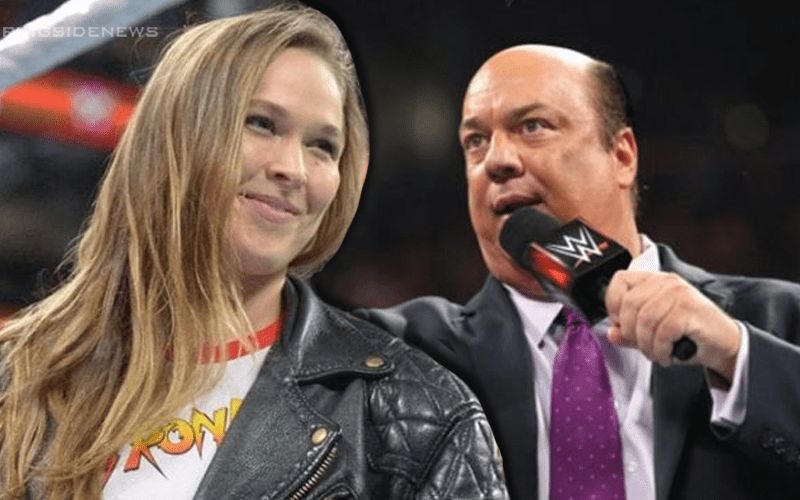 Paul Heyman was someone that WWE was trying to get into more of an influential role for a while. Now it appears that they will get their big chance to see what Heyman can do because he is now Executive Director of Monday Night Raw.

The fact is that Heyman knows WWE. He might have outside ventures such as Looking4Larry, but The Beast Incarnate’s Advocate knows what is going on in WWE. He has also been working closely with a number of WWE Superstars on their segments such as Alexa Bliss, Aleister Black, Brock Lesnar, and Ronda Rousey.

The Wrestling Observer Newsletter noted that Heyman’s new role on Raw might actually be a tempting bonus in case Ronda Rousey were to think about making a return to the ring.

Heyman is very popular with the crew. He’s completely up-to-date on everyone and everything. His influence with McMahon has grown. Having Heyman in the role strengthens the idea of Lesnar staying and Rousey returning.

This is very interesting and could make it so much more fun for Ronda Rousey to be back in WWE. She is currently enjoying her life with Travis Browne on her impregnation vacation, but you really never know what can happen in WWE.