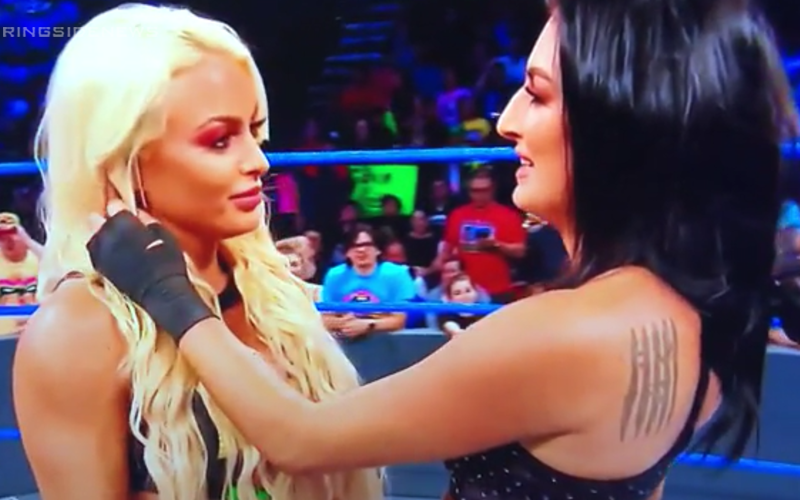 Sonya Deville is openly a lesbian and very proud of who she is. WWE also used her a lot during Pride Month to spread awareness and she’s done a great job being a representative for the LGBTQ community. However, some fans seem to think that Pride might not stop in June for WWE after last night’s SmackDown Live.

Sonya Deville defeated Ember Moon in quick fashion this week on SmackDown Live. She did so with some help from Mandy Rose. Then after the match things got interesting.

Some fans seem to think that Sonya and Mandy lingered too much during their post-match embrace on SmackDown Live and the company is hinting at a romance between the two of them. We’ll have to wait and see how this turns out, but it could be interesting if they had another go at a “Chuck & Billy” storyline, but they did it right this time.

You can check out the clip and we’d love to know what you think about it in the comments below.