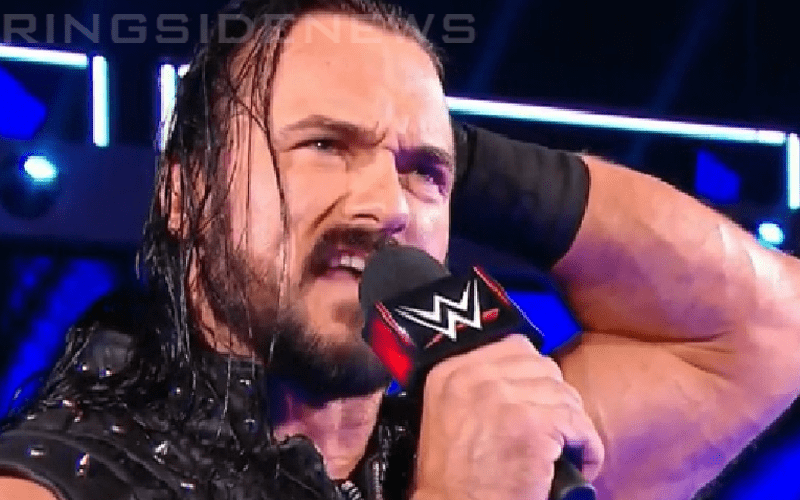 WWE operates with a very complex system of producers and writers who help make sure that everything that makes it on screen meets Vince McMahon’s liking. This can be tricky, but those issues have been outlined heavily by Jon Moxley as well as TJP who spoke about the micromanagement in the company.

While speaking to Not Sam Wrestling, Drew McIntyre was asked about WWE’s heavily scripted promos. He said it is his job to make sure that a true piece of himself shines through whatever he portrays on television. This is what helps produce something that is authentic as hard as it might be in WWE right now.

“Everything I’m given, I assure you, that comes on the screen, especially promos etc., is not exactly what was on the script. So it’s up to me to figure out how I put Drew Galloway in that, how am I gonna make this real to me? Even if it’s something that is obviously completely a story. I gotta find something real. Something I can latch onto. Because if I don’t latch onto it and I don’t believe it, the audience don’t believe it. I think everyone’s gotta start thinking that way.”

WWE Superstars and staff are trying as hard as they can to produce compelling television every week. Even though he might not get much time to speak, Drew McIntyre is doing everything he can to ensure that he makes it count. This could be one of the reasons why he’s currently being pegged for such a huge WrestleMania honor next year.