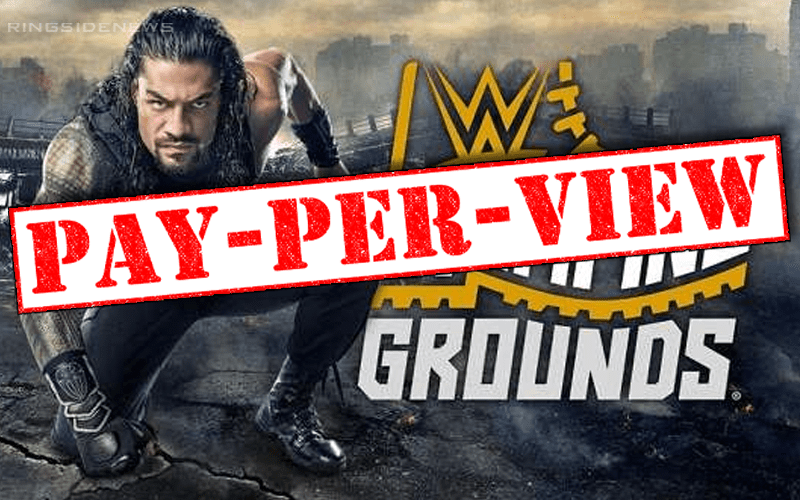 WWE still has fans who watch their special events using traditional pay-per-view methods. Yes, some fans still pay $54.99 a month to watch WWE’s pay-per-views when the WWE Network is $9.99 a month.

Dave Meltzer noted on Wrestling Observer Radio that the percentage of WWE’s pay-per-view numbers are not substantial and only amount to 11-13% of overall business. However, those early numbers are not good at all.

It should also be noted that the percentage of people who bought AEW Double Or Nothing on pay-per-view and people who generally buy WWE pay-per-views through the same service were minuscule. Therefore, these were not people trying out AEW. Those numbers for WWE Stomping Grounds seem to indicate something much more troubling.

They are very bad so far and while they are still coming in, Meltzer has been doing this long enough to know what kind of numbers to expect at this point.

“I don’t have all the numbers, I do have some numbers. When I saw the number I was like, ‘there’s gotta be a computer glitch and I still wanna believe that it’s a computer glitch, but I got different markets individually and I don’t know, the number is absolutely stunning. So there’s something, there’s a very negative… you know this is a bad period.”

“This is legitimately a bad period. Luckily you know the company isn’t WCW where you actually have to make your money on these things. So it’s not like they’re gonna go out of business of lose money or anything like this. They’re declining in popularity and that is a significant thing.”

“They don’t have to address it. I mean they’re lucky that they signed those great TV deals, but they’re in a worse decline than I thought especially with the big show stuff.”

Hopefully, WWE will be able to renew some interest in Extreme Rules now that The Undertaker is on board. That doesn’t change the fact that their main event will be a mixed tag match with four competitors that we have already seen in two separate singles matches twice in so many weeks.

WWE might need to re-eventuate some things because it might be worse than just not being the “cool company” anymore. Because they seem to be losing fans and not all of them are going to be going to AEW. Because they might just be quitting altogether.