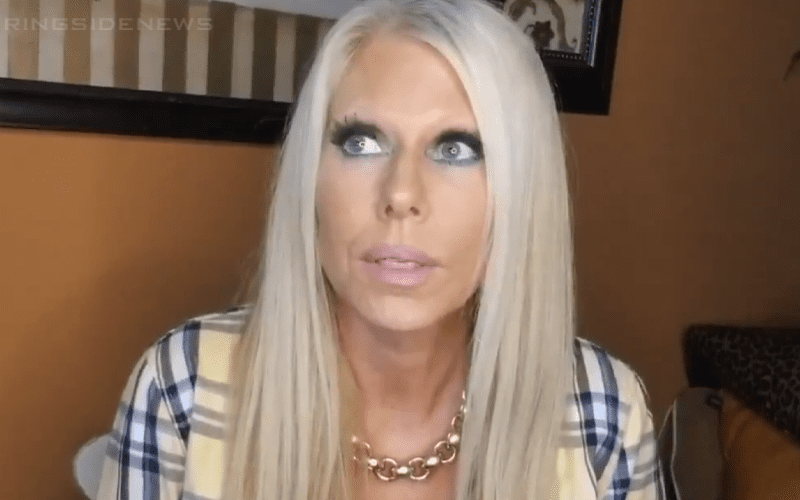 Terri Runnels was in some hot water recently when she caught bringing a gun to the airport. Now she’s getting much better news.

The former WWE valet was arrested at the Tampa International Airport after officials say she brought a gun to the airport. The 9 MM Glock was accidentally stored in her bag.

Runnels said that she had the gun and forgot that it was there. She said that she was using it while at her mothers because she had armadillos to kill. Now TMZ reports that she is off the hook.

The prosecutors have decided not to follow through with the charges and issued a “letter of release” dismissal. This is great news because she was facing a possible 5 year sentence for this charge.

It was just an honest mistake, but we’re willing to bet that Terri Runnels will make sure she checks her bags a lot better next time she flies.