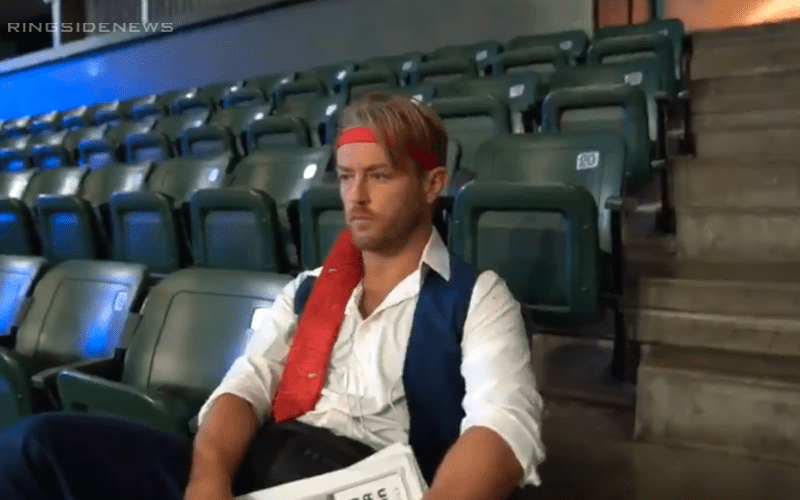 Drake Maverick was able to win the WWE 24/7 Title and it was an incredibly happy day. However, the happiest day of his life should have been his wedding, but it was ruined when R-Truth won the title back.

After the wedding disaster, Drake Maverick’s new wife Renee Michelle said that she wants a divorce. WWE even showed her tweet during WWE Stomping Grounds so it is part of the official story. Now Maverick is heartbroken and without a title.

In a video he recently uploaded to social media, Maverick revealed that his wife still hasn’t called him. Then the cameraman encouraged him to go on a depressing hunt for the WWE 24/7 Title.

You can check out the video below. It’s one of the best ones he’s done so far as the story is starting to have some call-backs to previous videos if you’ve kept up with this story as it developed.