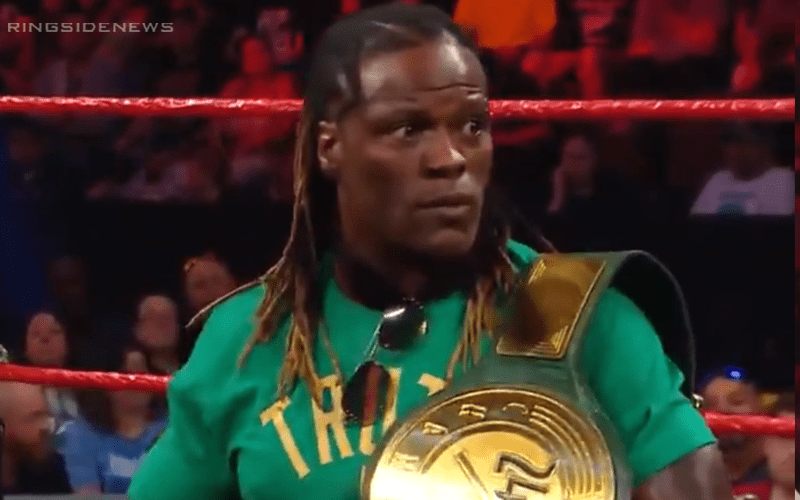 R-Truth is the most popular champion in WWE according to a recent survey of fans and he got plenty of air-time this week.

R-Truth found himself defeating Drake Maverick this week on Raw which sent the former Rockstar Spud packing. He was crying in the process because he lost his wife and the love of his life (the WWE 24/7 Title) in the same week.

Later on, R-Truth found himself in the ring once again being chased by a slew of Superstars who are after the WWE 24/7 Title and its magical powers of social media influence.

After a melee, Heath Slater pinned R-Truth to become the new WWE 24/7 Champion. Then it was time for Slater to run. A bunch of Superstars chased him around the ring until R-Truth nailed a backheel kick and won the title again.

Suddenly, Cedric Alexander jumped the barricade and hit a Lumbar Check on Truth to make a pinfall and win the 24/7 Title. Cedric didn’t get very far until EC3 won the title, but then Carmella distracted EC3 and R-Truth got a roll-up pin on Carter to become an eight-time WWE 24/7 Champion.

After R-Truth won the title back for a third time that night, he and Carmella ran off.