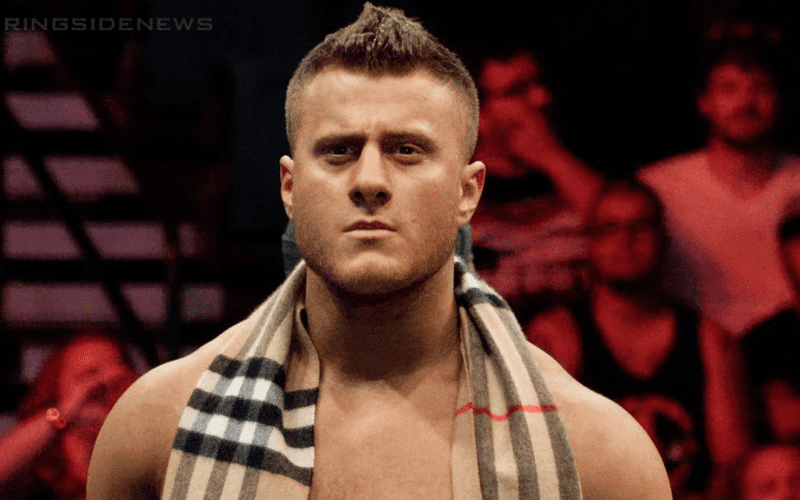 MJF is known for a lot of things and they are all genuinely him. He is one of the most unapologetic humans on earth because he is himself. Pro wrestling is serious to him and he doesn’t present a character. This is the truth about MJF and he’s sticking to it.

As MJF spoke to Busted Open Radio, not only did he keep bringing up how much he wanted to punch Dave LaGreca in his face meant for radio, but Friedman was asked a few questions from fans in the process.

The first question for The Salt Of The Earth brought a great response because this fan wanted to know what MJF likes most about Tony Khan’s vision for AEW.

Khan is trusting his performers to go out there and present themselves however they want to be portrayed on television. This very much fits into MJF’s wheelhouse because nobody’s better at being Maxwell Jacob Friedman than him.

“What I like about it the most is that Tony Khan trusts me to go out there and he’s not having anybody hand me a goddamn script because nobody on this goddamn planet knows me better than me and if somebody literally ever came up to me with a script I’d go: ‘Hey, this might be bologna bullsh*t to you, but this is about me and when it comes to me and professional wrestling there’s nothing fake. So I would rip it up and throw it in their face.”

As time goes on and MJF’s popularity continues to increase his promos will undoubtedly be a focal point of AEW’s upcoming television show on TNT. Because once he starts he can cut a twenty minute promo and not need a team of writers telling him when to face the camera or deliver some bad dad joke that a 70 something-year-old man finds hilarious.