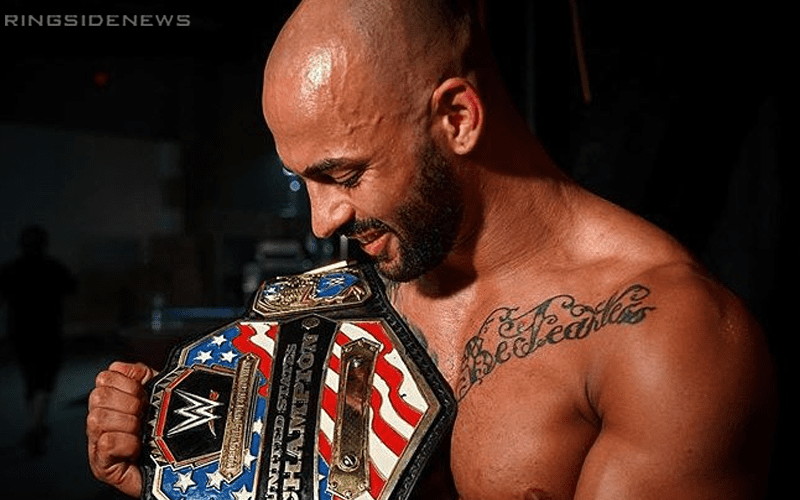 Ricochet defeated Samoa Joe at WWE Stomping Grounds to become the new WWE United States Champion. That only means he has a bigger target on him now.

After Ricochet won the WWE United States Title there was a line of people to congratulate him in Gorilla Position. Everyone was very happy for Ricochet, including Triple H, but that soon changed.

Later on in the night, Ricochet was getting his official pictures taken with his new title already. Then Karl Anderson and Luke Gallows strolled in. The Good Brothers started bothering Ricochet a little bit before AJ Styles walked on the set.

The Phenomenal One and The One And Only didn’t have much of a back-and-forth, but AJ Styles did say “see you tomorrow night” before leaving. Ricochet continued getting his pictures taken, but it sure seems like AJ Styles could be a fine challenger for Ricochet’s WWE United States Title.