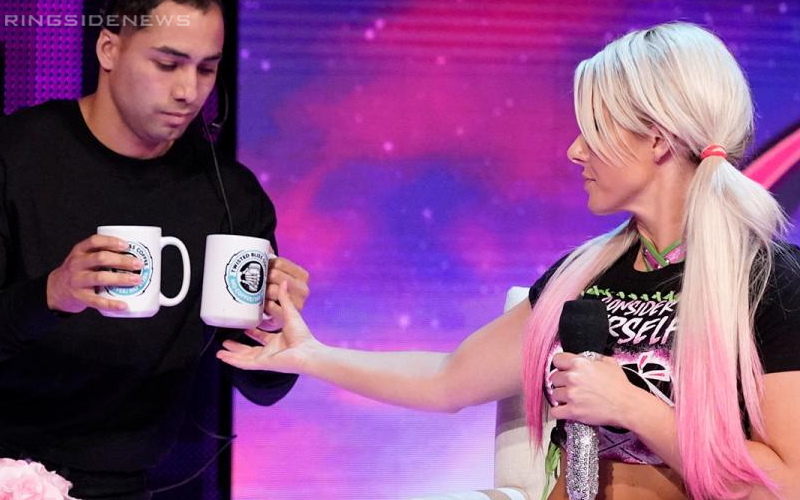 Alexa Bliss hosts A Moment Of Bliss, a pro wrestling talk show on WWE television, but first she needs her coffee. Bliss’ love of coffee was something that she previously kept on her social media, but not anymore.

While speaking to The New York Post, Alexa Bliss explained that bringing her love of coffee into her WWE character was something that just happened one week. Then it became a thing due to the popularity of the gimmick.

“That actually was a thing that wasn’t planned. I knew I was going to be ringside for the match and I just brought the coffee with me and actually drank it ringside and then it became a thing. Everyone knows I’m addicted to Starbucks and coffee and I probably have four-to-five cups a day. It’s very much real and the fact that they turned it into a thing is quite incredible.”

Alexa Bliss’ social media timeline was full of coffee memes for the next few weeks after she drank some coffee at ringside. Now it seems like she’s made it her thing and just can’t start without first having a caffeinated beverage.

This improvised storytelling might be something that WWE needs to utilize more of. If they can keep a pulse on what the fans actually think is entertaining then they might just continue to win people over with the gimmicks they put on television. The issue is that sometimes WWE buries a good idea with too much of it which could be proven by the fact that Alexa Bliss coffee shirts were available on WWE’s shop about a week afterward.