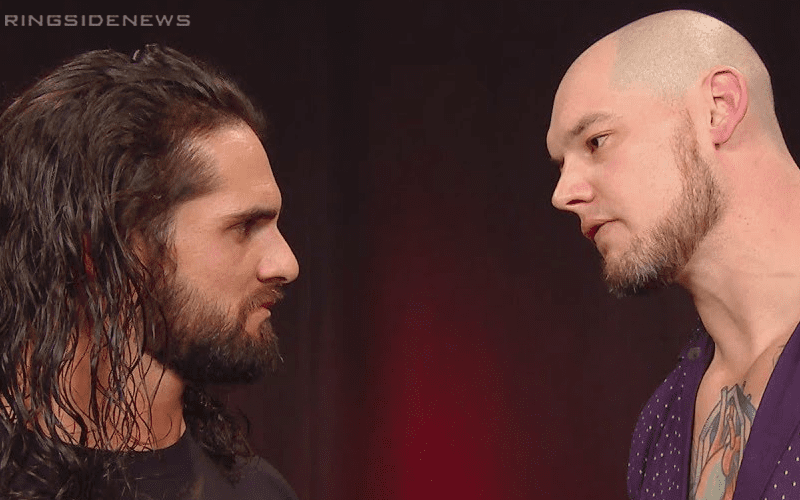 Seth Rollins is the WWE Universal Champion and he is defending his title against Baron Corbin once again this Sunday. The only real difference is this time Baron Corbin gets to pick his own special referee.

As he spoke candidly on Talk Is Jericho, Y2J said that Seth Rollins’ current feud is an illustration of what is wrong with WWE today. We not only just saw the match at WWE Super ShowDown, but WWE is going about getting Baron Corbin heat in the entirely wrong way.

“This match, to me, once again is one of the problems with WWE and maybe one of the reasons why tickets haven’t sold well in Tacoma. We just saw this match two weeks ago at Super [Show Down]. The classic thing is my neighbor is a good guy too, [that] doesn’t mean [Corbin] should be headlining pay-per-views over and over again.”

“There’s heat, there’s go-away heat, there’s this guy isn’t ready heat. Corbin — solid worker, solid personality, great guy. I don’t think he’s ready for the main event especially when you got Samoa Joe four or five matches down working for the United States Championship. Flip-flop it. Let Corbin work his way up through the ranks and let a guy who is a legit proven headliner who has drawn money.”

“I know you’re not suppose to say TNA in WWE but let’s be honest, the biggest pay-per-view in TNA history was Kurt Angle vs. Samoa Joe. Joe can walk the walk and talk the talk. I think Corbin is still learning. I think the difference in this one is that there’s a special guest referee that’s going to be chosen by Corbin.”

Chris Jericho makes some very good points, but he is now an outside observer of WWE’s product. As one of the top faces of AEW he is now looking at WWE a little differently, but obviously he wants the best for pro wrestling in general.

Perhaps Baron Corbin vs Seth Rollins will prove us all wrong this Sunday at Stomping Grounds. In the meantime, we can only hope that they will be able to make something special out of a match it seems like we’ve already seen so many times before.