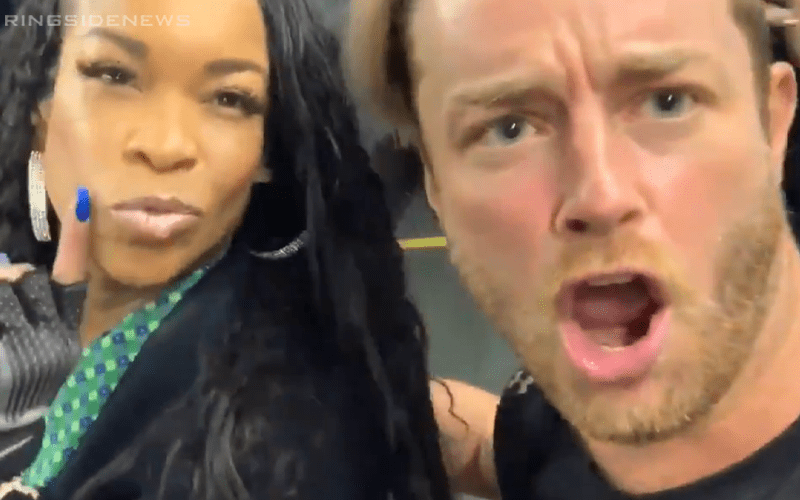 R-Truth had a very fun time as WWE 24/7 Champion, but now it’s Drake Maverick’s turn to run. He might not love everyone chasing after him, but Maverick certainly seemed to enjoy himself after SmackDown Live last night.

Maverick traveled around with his WWE 24/7 Title presumably still driving the referee’s rental car that he stole. He just wanted to remind everyone he met that he is the new WWE 24/7 Champion. Of course, few people knew what he was talking about and it’s probably a safe bet that most didn’t think he was serious.

While still wearing his Carmella’s Dance Break crop-top t-shirt, Maverick told everyone he met that he’s the new WWE 24/7 Champion. People he talked to seemed surprised, but also found the energy to smile for the camera.

He pretty much documented everywhere he went with the title after his win in Ontario. From the burger joint to the airport, everyone had to know about Drake Maverick’s big win.

Now Maverick is off to get married. We can only imagine how that title will find its way into his wedding pictures and how much his wife will love that.