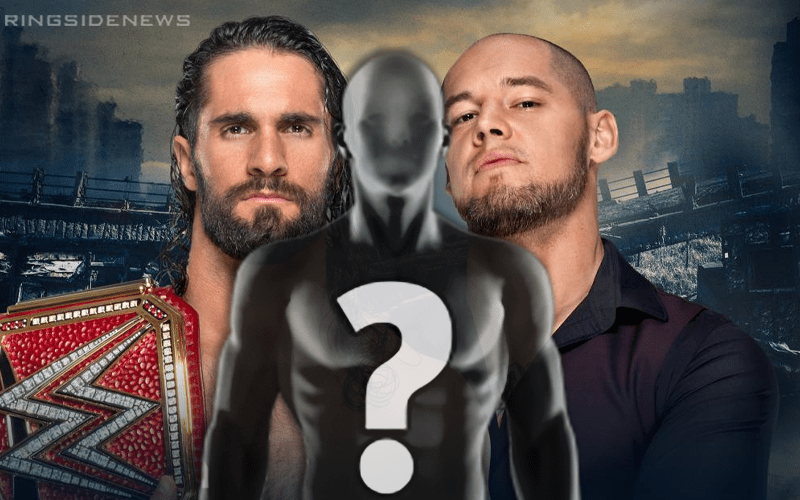 WWE’s next big pay-per-view event is this Sunday with Stomping Grounds. The event will take place in the Tacoma Dome, but they haven’t sold many tickets. Perhaps the right special guest referee will do the trick.

If you would like our complete RAW results you can get those here.

It looked like Elias was going to be the special guest referee, but then he took signature moves from everyone in the US Title #1 contender’s match. So apparently, that meant he was done.

Baron Corbin said he’s not scrambling for another choice and he had someone in mind already. During the Sami & Kevin Show, after they both withdrew their names from consideration to be Baron’s referee choice. Then Sami and Kevin got a different match at Stomping Grounds.

After saying that he had a lot of fantastic options because people were lined up down the hallway, Baron Corbin introduced EC3. The reaction from the LA crowd was lukewarm at best. Then Seth Rollins blindsided EC3 with a bunch of chair shots and the crowd popped big time.

By the end of the show, fans still had no idea who Baron Corbin was going to pick as the special guest referee at Stomping Grounds. This is a very interesting concept seeing how it does little to drive excitement for the event. Because WWE has historically undelivered on a surprise when they wait until the wire.

Although beating up the proposed referees did make Seth Rollins come off as a great babyface much like “Stone Cold” Steve Austin, we still don’t know what to expect at Stomping Grounds.

Dave Meltzer explained WWE’s booking decision on Wrestling Observer Radio where he pointed out even more flaws in WWE’s plan.

Hopefully, WWE will be able to deliver a big Stomping Grounds surprise. Because we could certainly use a groundbreaking announcement from WWE right about now. However, it might be best to not get your hopes up.

However, WWE does have a lot of money so they could pull in just about whoever they want for the big show. The big question is how much attention they want to bring toward Stomping Grounds because if they had a big name lined up you would think that Baron Corbin would have revealed his mystery referee choice last night on RAW.