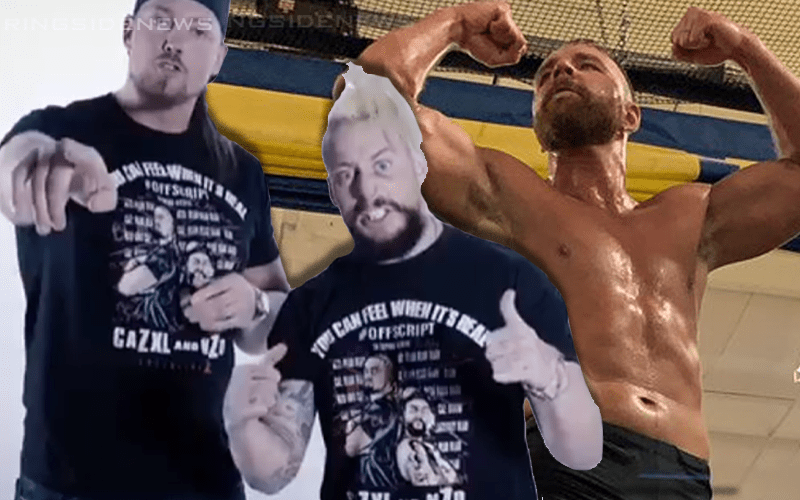 Big Cass competed against Jon Moxley at Six Flags in New Jersey over the weekend. It did not go well for Cass, but he can’t blame Mox for winning seeing how much more time he’s had in the ring recently.

Cass also cut a great promo where he owned up to being out of shape and an alcoholic. However, Cass is looking great now and seems to have a new fire burning.

NZO revealed via Instagram that the three shared a “priceless” moment in the ring at the NEW event. Because Free Agent Z and Moxley go a long way back to their days together in NXT.

#JonMoxley was @bigcasswwe’s roomate when I was hired by WWE… 7 years later @realfreeagentz took it’s 1st challenger since Madison Square Garden… #caZXL might of took an L but every winners been a loser and he was a winner last night. 🖤 To be ringside to see my man at 300 lbs in the best shape of his life go 30 minutes with one of the best in the world was priceless… but #DirtyDeeds ain’t done dirt cheap on the indies

This was a pretty special moment for sure. Hopefully, there will be plenty more and with someone like Moxley who is able to vouch for Enzo and Big Cass that makes it even more likely.

On a side note: We’re super happy for Big Cass and hope he stays on the right path. Because with his look and added determination he could still do a lot of things in this business. How you doing?