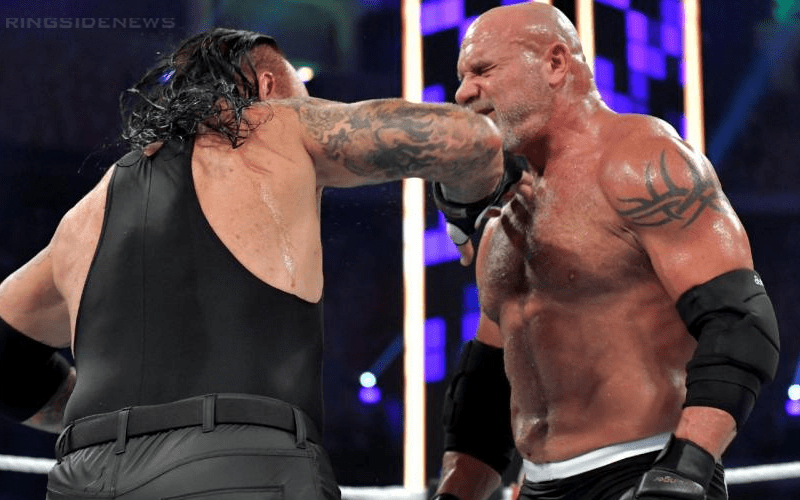 The WWE Super ShowDown event was full of interesting moments which included a main event that most people have since panned.

Goldberg is reportedly the one WWE is blaming for much of the mistakes during his match against The Undertaker as he was knocked in the head and got a concussion early on in the contest. He continued anyway and things did not improve.

Brad Shepard reported on Oh, You Didn’t Know that The Undertaker and Goldberg were both yelling at each other backstage after the WWE Super ShowDown event which seemed uncharacteristic for both of them. The point of contention was that both man were claiming that the other one was unsafe in the ring.

“Details on the backstage incident between Goldberg and The Undertaker as I exclusively reported on Twitter — Goldberg and Undertaker got in a shouting match in Gorilla after their match at Super ShowDown. Well, the incident was described to me as as ‘huge shouting match with each Superstar accusing the other of being unsafe.’ WWE officials intervened and the incident was described as out of character for both men.”

“Interestingly enough — and I have not been able to confirm this [with two sources] for full disclosure, but one source did say that they believe The Undertaker flew home on Brock Lesnar’s private jet.”

This is a very interesting situation, especially if we don’t see Goldberg wrestle again. He might feel like he has something to prove, but only time will tell if WWE will be able to cut another check to Goldberg where he will see it worth the risk to work another match for the company.