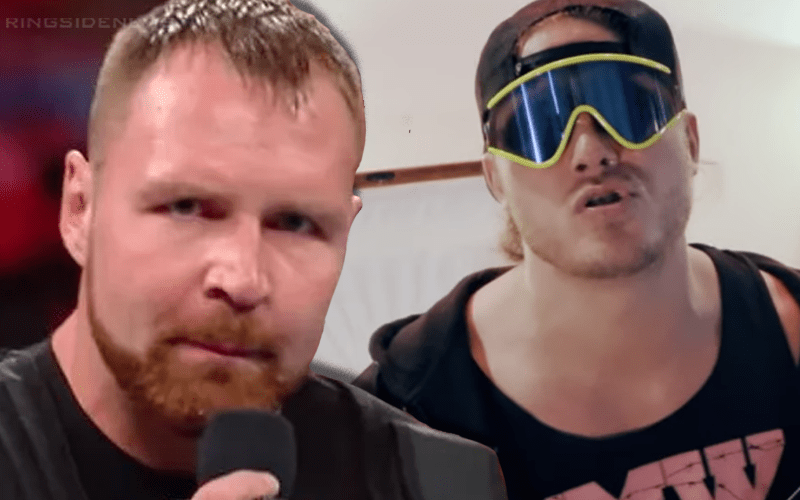 Jon Moxley’s first AEW match will be at Fyter Fest. If you want tickets they are still available. It will also be available for free and we’ll have complete coverage right here at Ringside News.

Joey Janela is looking to end Moxley’s momentum before it starts at Fyter Fest. He cut a pretty intense promo in the second episode of Road To Fyter Fest where he laid everything out on the line as he has for his entire career.

Janela said he’s made his mark in professional wrestling so if he dies at Fyter Fest, then so be it. Unlike Moxley he hasn’t made millions or been handed a script by an NYU student. He also had plenty more to say and even name-dropped pro wrestling’s biggest unseen heel Kevin Dunn in the process.

“I haven’t been told that I have to dress like an auto mechanic. I haven’t starred in some sh*t straight to DVD movie that no one is ever gonna watch. I haven’t had a promo written by a twenty-four-year-old NYU student handed to me.”

“While you were doing all these things in the last ten years. While you were being a bootleg, watered down, PG, Kevin Dunn supervised version of your former self I’ve been doing things that made your seventeen-year career look like child’s play.”

This should really get people excited for Fyter Fest and Jon Moxley’s debut. Because not only does it mean that he has an opponent with an intense fire under him, but things could get out of control in a hurry.

Fyter Fest will be attended by some of the biggest fans and players of fighting games in the world. Therefore, if this turns into an absolute gore-fest they might be the perfect crowd to pop huge. After all, Janela has nothing left to lose and Mox has it all.

Let’s just hope that they don’t end up going too far, but that’s why Janela decided to cut this great promo that wasn’t written by a twenty-four-year-old NYU student in a funeral home.