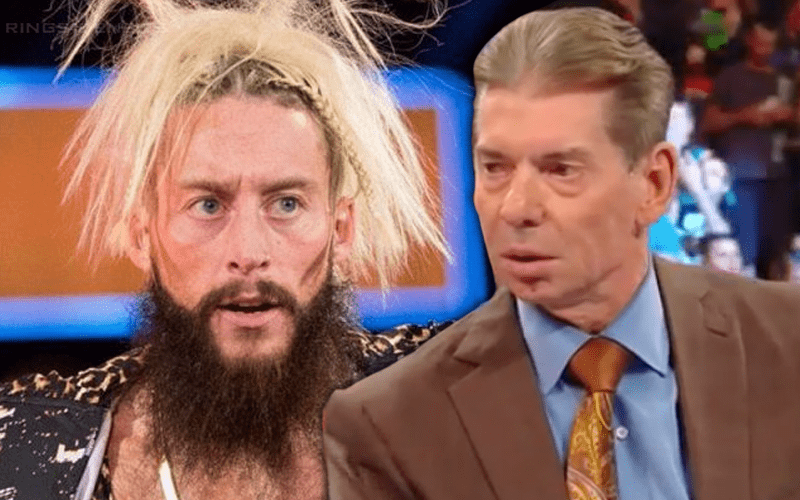 Enzo Amore is not a WWE Superstar anymore, but he made a lot of money while he was with the company. He did it like Frank Sinatra as he did it his way too and nobody can take that away from him.

While speaking to Keeping It 100, NZO spoke about WWE’s creative process. He was able to dodge the massive writing staff in the company, but he commented that Vince McMahon is a genius through it all.

“It is really hard to take matters into your own hands when you are one of the boys, you have to fight tooth and nail and they are not going to let you,” revealed Enzo. “If you ever watched that interview with Vince McMahon and Steve Austin where Vince McMahon says that he won’t let anyone take the brass ring, but you have to know how intelligent Vince McMahon is. He is really intelligent. He wouldn’t say that if he didn’t believe it.”

“I just think that there is a lot of chefs in the kitchen. There are a lot of writers, and I think week-to-week a lot of the talent have no idea what they are getting themselves into up until they show up to the show. So many times I was handed a script and the script would change an hour into the show and I would try to remix it and some of the writers hated that. But when Enzo Amore goes out there and goes off script and he comes back to the curtain he forgets the script.”

“The only person that really mattered was Vince McMahon so I never gave a f*ck about the writers. If a writer adds something terrible to the script and I wasn’t feeling it, I’m sorry bro. I didn’t ask for permission, I asked for forgiveness and half the time I went out there and just said what I felt was better because who better than the guy that says ‘My Name is Enzo Amore’? I wrote that and I hear everybody saying that with me.”

“If you don’t have to hold the microphone and say those things in front of a million people each week; if you have never been laid on your back and had your teeth knocked in or taken a bump and risk your life, had your mother crying at home because you were knocked out cold, having an MRI and you had your leg broken in the ring; I went to the ringer to hold that microphone and to hear those people say that s**t. So, if I’m not feeling it, I am not saying it. So, when I cut those promos it was oftentimes how I spoke and people don’t want to hear that.”

If Enzo Amore ever sees his way back to WWE it would certainly be a shocking moment, but crazier things have happened in WWE before. Hopefully, NZO would be able to make a second run with WWE count, but right now he is concentrating on his rap career.

If Vince McMahon does decide to give him a call then he probably knows how to deal with it because this is something he’s dealt with before.