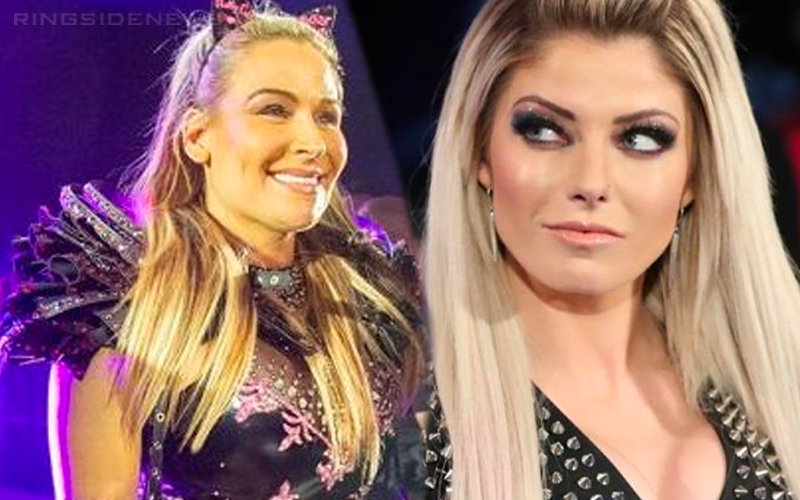 WWE didn’t get their women’s wrestling match in Saudi Arabia. Out of all the propaganda that the Kingdom Of Saudi Arabia is getting out of the ten-year deal between the two entities all WWE wants to do is be able to claim a first for women’s wrestling in the controversial country for now, but that didn’t happen.

Dave Meltzer explained on Wrestling Observer Radio that WWE was under the impression that Alexa Bliss and Natalya would be allowed to compete on the Super ShowDown, however, it did not happen at all.

They were under the impression that it would, but as we previously reported there was an internal struggle within the government.

“The women they flew there and they were hoping to wrestle and the government — I don’t understand, but again I’m not dealing with that government. I know they were told that it was gonna be okay and it was going back and forth and they couldn’t advertise it because if they advertised it and something, there was a snag they’d look really, really bad.”

Now WWE is in a situation where women were brought to the country and weren’t allowed to have anything to do with the event. Natalya and Alexa Bliss did take part in some hospital visits, but they weren’t allowed to perform or even be on the big show.

The promise for future women’s wrestling also wasn’t made. This has to cause fans and skeptics to wonder if WWE should even try to bring women back to Saudi Arabia in the future for fear that another rejection from the Saudi government might only cause more controversy.