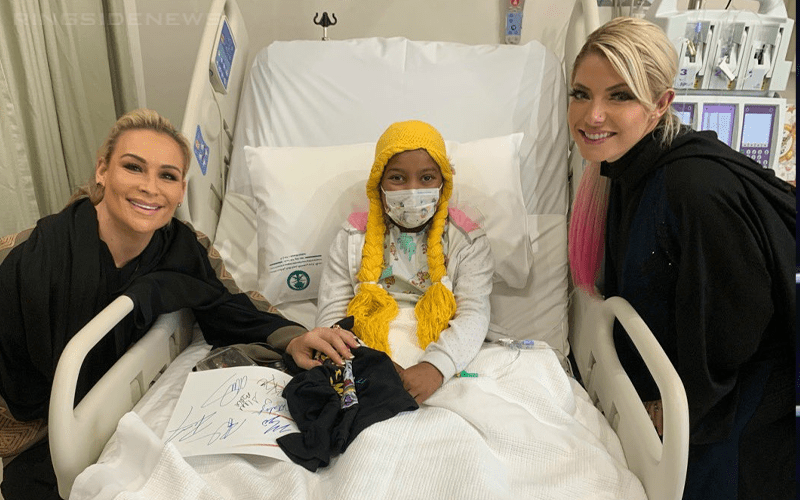 Natalya and Alexa Bliss were not allowed to compete at the WWE Super ShowDown, but they made the trip to Saudi Arabia anyway. At least they got to experience some of the country before being denied a spot on the card.

WWE Superstars visited a local children’s hospital in Jeddah before the show and they had Natalya and Alexa Bliss with them. Nattie posted a few pictures of her experience and expressed appreciation for getting to come to the Kingdom Of Saudi Arabia.

Such a special visit today in Jeddah with some pretty amazing kids and their families. This little girl Jude, lit up my whole day!

It might be very disappointing that the women didn’t get to compete in Saudi Arabia. The thought was that if they were going to be granted this honor then it would have happened in Jeddah as they are more progressive than other areas, however, that was not the case at all.

Perhaps WWE might eventually be granted permission to hold a women’s match on a Saudi Arabian card in the remaining eight years of WWE’s partnership with the country, but it didn’t happen this time. Hopefully, the next time WWE brings women to the event they will have the green light before boarding the long flight.