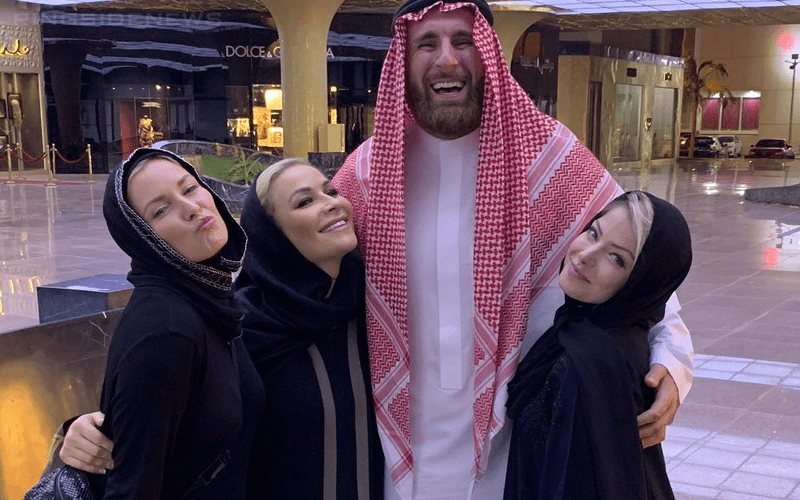 Mojo Rawley was able to compete at the WWE Super ShowDown event in Saudi Arabia, but Alexa Bliss and Natalya were not. Renee Young was allowed to attend the event and she was working on commentary for the entire show as she did last time for the WWE Crown Jewel event.

Rawley had an opportunity to snap a pretty epic picture with Bliss, Nattie, and Young all in tradition Arabic dress. Then he asked fans to caption the photo. This might have been where he made a mistake.

The IWC lit up Mojo’s mentions with tons of feedback. While some people were trying to be funny, others didn’t think this was any laughing matter at all.

You can check out some responses below.