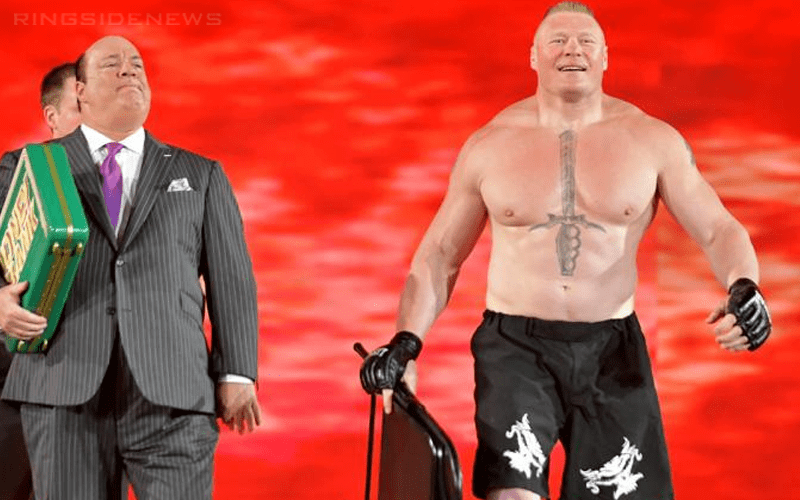 Brock Lesnar is still the Beast In The Bank after the WWE Super ShowDown where he botched another cash-in. Therefore, you never know when he could pop up again, but it won’t be for UFC.

A lot of people have wondered why Brock Lesnar decided to not make a UFC return, but it all comes down to the almighty dollar. The fact that UFC moved away from pay-per-views is another thing as well because it drastically cut down on future royalties. However, Dana White would beg to differ that point.

“That’s not why Brock Lesnar didn’t fight,” White told ESPN refereeing to UFC’s restructuring with the ESPN+ format. “Brock Lesnar got a better deal is basically what happened for Brock.”

Lesnar’s better deal was substantial and it came from WWE. Dave Meltzer further discussed this new contract for The Beast Incarnate on Wrestling Observer Radio.

“[White] said this is my offer for Cormier [fight], they saw the number. It’s not a number that made sense to them given the market right now. The number would’ve — I was thinking before they switched pay-per-views [to ESPN+] would it make sense? It was touch-and-go. It was higher than they would have liked had they done the fight with the number that made sense and it’s not a lock. I think it would have. It’s not a lock. I mean it was a lot of money, but 100 days and circumstance does that make sense and the answer is no because things have changed and so they made the right decision.”

WWE and Brock Lesnar have a new arrangement and he has already appeared more since WrestleMania than most months out of the year when he was Universal Champion. The company needs ratings and are betting that Lesnar will do the trick.

If Vince McMahon’s writing improves then that could be a big bonus as well.