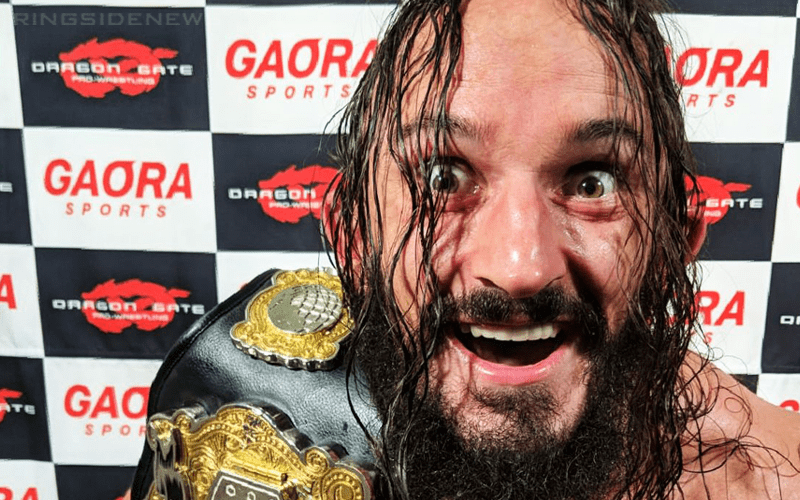 Pac did not wrestle at AEW Double Or Nothing. His promoted match against Hangman Page was held on the weekend before Double Or Nothing and there was a very interesting reason for that which could still be a matter of controversy.

As Dragon Gate’s Open The Dream Gate Champion, Pac cannot lose. This is something that the company has said as reported by Dave Meltzer. It was said that Pac was told that he would be holding onto his title for far longer so his spot in Double Or Nothing was nixed due to a future conflict in the storyline.

Pac was going to win against Page at Double Or Nothing, but it would have set up a future match against Kenny Omega that Pac would have lost which Dragon Gate wouldn’t have.

The story seems complicated, because it’s all about politics, but Pac seemingly responded to those rumors today. He said that it doesn’t matter what people say because he’s dead inside anyway.

Spread your lies.
Your rumours.
YA BULLSHIT.

The fact is that Pac isn’t the one who was hard to work with. He was simply a champion for a company that wouldn’t have their champion lose in another promotion. Then they informed Pac that there are no plans for him to drop that title any time soon so presumably a planned match at All Out was off.