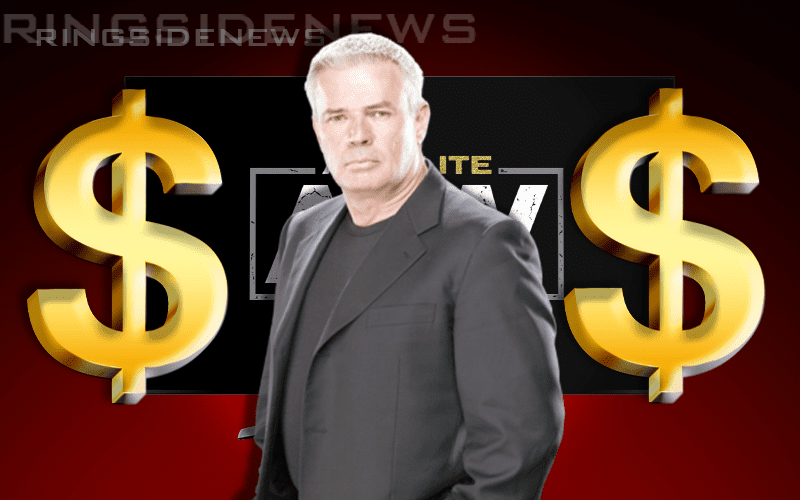 AEW has an exciting new television deal coming up presumably in October. This is great news for fans of The Elite, but TNT has been in the wrestling business before. In fact, it went so poorly that they were said to have washed their hands of the entire idea. Then AEW came around and that suddenly changed.

Eric Bischoff knows a thing or two about working with TNT. While he led WCW into battle during the Monday Night Wars, Bischoff got down and dirty with the numbers and financials that makes the business work. He recently provided some advice and observation for AEW during his 83 Weeks podcast as he spoke about what kind of deal they likely have with the network if they are providing the production costs for the new show.

“I only know what I read, and I don’t know if what I read is even true or accurate. But for example, if what I read is true, and the AEW/TNT deal is, TNT is gonna cover costs of production. Which to me says that TNT’s gonna actually produce it with their equipment, their crews, their people because that would make sense, and it would also minimize the expense compared to a third-party production company. So I’m assuming TNT is going to actually provide the physical production of the show, and they’re going to split on some basis, some percentage basis. Let’s just say it’s 50/50, they’re gonna split the advertising revenue.”

There are a lot of issues that AEW could face as well because of the fact that pro wrestling is such a unique concept. They fall in the middle of a lot of genres of entertainment as they cater to audiences for a multitude of reasons.

“Here’s what I do know. This is not something I feel slightly intimidated about saying. Selling advertising in wrestling is extraordinarily difficult. Because wrestling is not a drama, but it is. It’s not a sitcom, but it is. It’s not a sport, but it is. It’s its own weird, kind of f*cking duck, right? And it’s really hard to get big advertisers, mainstream advertisers, the one that spend 80% of the revenue in the ad market. It’s really hard to get them comfortable with professional wrestling, simply because they can’t define it. And it makes it hard.”

AEW will have to learn a lot as they get into the television industry, but hopefully, they are surrounding themselves with people who can help navigate those waters. They certainly have enough great minds from the business around backstage to help produce an exciting alternative.

We will have to see the end results when their television show finally debuts on TNT and it might be a good idea to pay close attention to the advertisers.

Quotes thanks to 411 mania