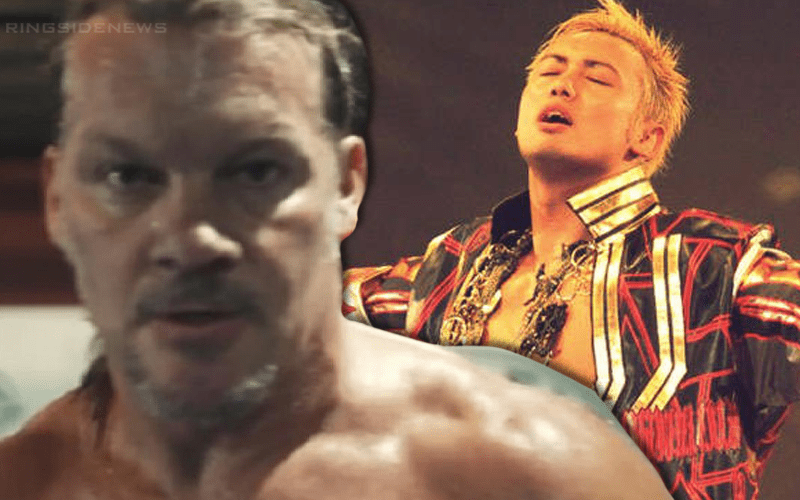 Chris Jericho has a big match against Kazuchika Okada for the IWGP World Heavyweight Title at Dominion tonight. The event will start at 3:00 AM EST and will be a great reason to wake up super early. However, there is a lot that Jericho could explore in NJPW.

Y2J recently spoke to Uproxx where he explained his choices in New Japan and what he would like to experience. His match at Dominion isn’t even about winning a title for Jericho because Okada is just something he wanted to do in NJPW.

“It’s not even about if I win the title or not. I’ve wanted to wrestle Okada for years… I think Tanahashi’s another one. I think Minoru Suzuki and Kota Ibushi and Will Ospreay – I mean, as far as guys I’d want to have matches with, I think we’d tear the house down. I don’t know how many matches I will have in Japan once we get started on a weekly basis with AEW, but I think with what we’re doing right now, I’ll still have three, four, five months to go before the weekly television starts, and I think it gives me a chance to explore some of the options in Japan.”

“I love Japan. I’ve been there sixty times. I love working with new opponents, especially ones that are considered to be the best in the world and the best ever like Okada is… I want to know, how good is he? Let me try and see what I can feel about him…Obviously, AEW is my home team and that’s where my loyalty lies at this point, but if I can have a couple matches in Japan to expand my creativity and expand my knowledge of wrestling and expand this plethora of great opponents, great rivals that I’ve had, this is the perfect time to do so.”

“Nope. I mean, I’m not interested in taking other bookings. I work for AEW and that’s where the majority of my time will be and, you know, the only bookings I take will be something really interesting for me in Japan, but other than that I have enough work to do in AEW and enough great opponents there. Like I said, I think once we start doing the TV I doubt that I’ll be going anywhere else. Not that I wouldn’t go back to Japan for big shows, special shows, but there’s no – I’m not interested in doing 100 matches a year and working around the world because I’ve already done that. I’m interested in building AEW and making us into the biggest and best company that we can possibly me and continue all the momentum we have since we announced it in February and since we had our show this week, and continuing on to the TV show.”

There are a lot of amazing match-ups that could happen for Chris Jericho in both AEW and NJPW. He has faced a lot of different opponents in his career, but with all of the changes going on within the pro wrestling world even more amazing opportunities are coming up all the time. This is especially true for Chris Jericho.