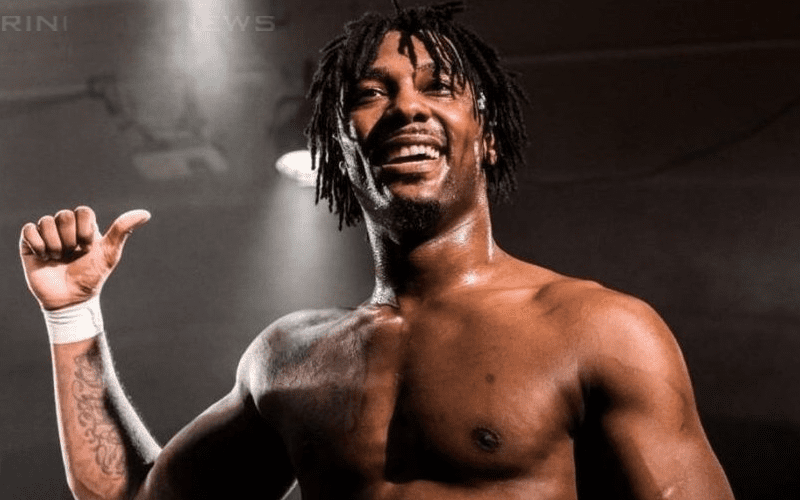 NXT has a lot of very talented people and they haven’t stopped signing new ones yet. At this point, there might not be much of a limit on their budget because they are keeping people away from competitive companies.

Shane Strickland was a guy that they tried to sign a long time ago, but Lucha Underground got in the way. Strickland performed in LU as Killshot and even after being unmasked during the last season of the show the company still kept him under contract.

After a lot of waiting and legal issues, Lucha Underground finally let Shane “Swerve” Strickland out of his contract along with several other stars. Now Strickland is an NXT Superstar, but his name isn’t Swerve anymore.

He debuted at NXT’s Largo house show last night as “Isaiah Scott.” In his debut match Scott teamed up with Brennan Williams to defeat Brendan Vink and Jermaine Haley.

DJZ debuted at the same house show with a different name as well.

It seems like WWE and NXT have moved away from their trend of letting incoming Superstars keep their names from the indies which they seemed to be okay with for a while as they brought in Matt Riddle, AJ Styles, Adam Cole, Bobby Fish, Kyle O’Reilly, and others. This is just the beginning of the road for Isaiah Scott in WWE, but the name change might take a minute of adjustment.