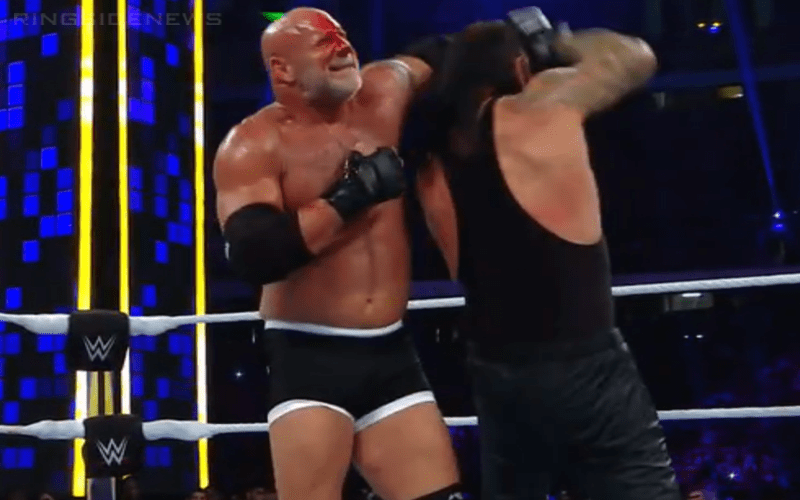 Goldberg and The Undertaker had a match between two legends that did not deliver in a lot of fans’ opinions. However, Goldberg didn’t start off the match in too good of a state.

Although it might have been missed by some, Goldberg actually entered the ring in Jeddah with a cut on his forehead. This is believed to have been caused by headbutting a locker or a door in his usual pre-match psych-up.

Wrestling News reports that the current fear backstage is that Goldberg suffered a concussion at WWE Super ShowDown.

I just spoke with someone backstage at Super ShowDown and I am told that trainers are checking on Goldberg and the belief is that he may have suffered a concussion.

Goldberg addressed fans where he stated that he tried to finish the match, but he was rocked. He said that he felt like he let the fans down as well. This was definitely not the show that they wanted to put on in Jeddah.