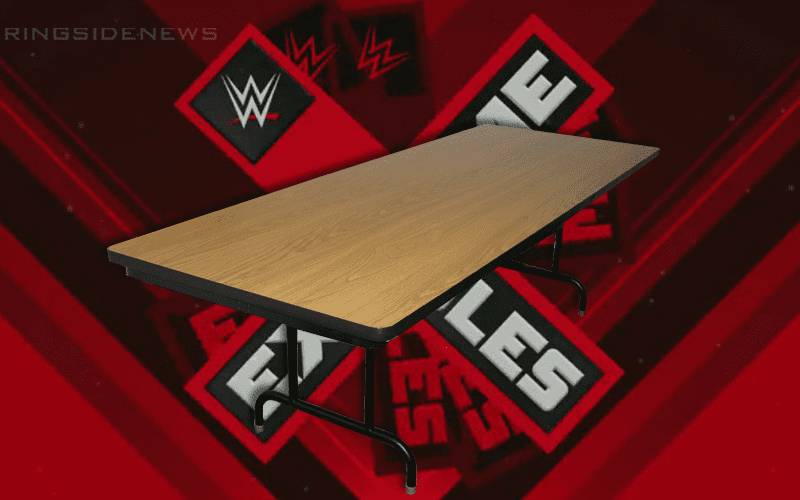 WWE has Super ShowDown booked for tomorrow in Saudi Arabia, but they have events that they are planning in the United States such as Extreme Rules on July 14th.

The Wells Fargo Center is currently advertising a tables match for the upcoming Extreme Rules match on July 14th. This could result in a very unexpected result because a table match can be ended in a variety of ways as long as a table is broken in the process.

Currently, Seth Rollins and Baron Corbin are being advertised to go head-to-head at Extreme Rules in a tables match. Of course, the card is always subject to change, but that appears to be WWE’s booking plan.

This is very interesting and could also show WWE’s planned creative direction. Vince McMahon can always alter plans on the day of the pay-per-view, but it would appear that either Rollins or Corbin will be walking into Extreme Rules as Universal Champion. This is also not considering the X-Factor that is Brock Lesnar as the Beast In The Bank.