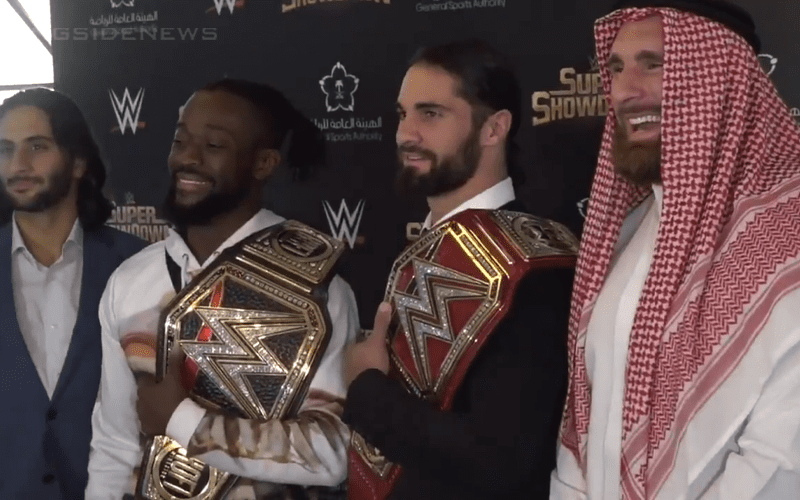 WWE brought their Superstars back to Saudi Arabia for another event and KSA is happy to have them once again. We will have to wait and see if women will be permitted to take part in the show, but at least they made the trip.

The Saudi Arabia General Sports Authority released a video featuring WWE Superstars as they took part in some press events before WWE Super ShowDown. Champions Seth Rollins and Kofi Kingston posed with fans and members of the press before giving some interviews. Mojo Rawley and Mansoor Al-Shehail were also there to take part in this press event seeing how they both speak Arabic fluently.

There was a soundtrack over the video so we couldn’t hear what they were saying, but it’s likely that everything was positive judging by the smiles on everyone’s faces.

Even if you can’t/won’t watch the WWE Super ShowDown event, we will have complete coverage this Friday when the show kicks off at 2:00 PM right here at Ringside News.