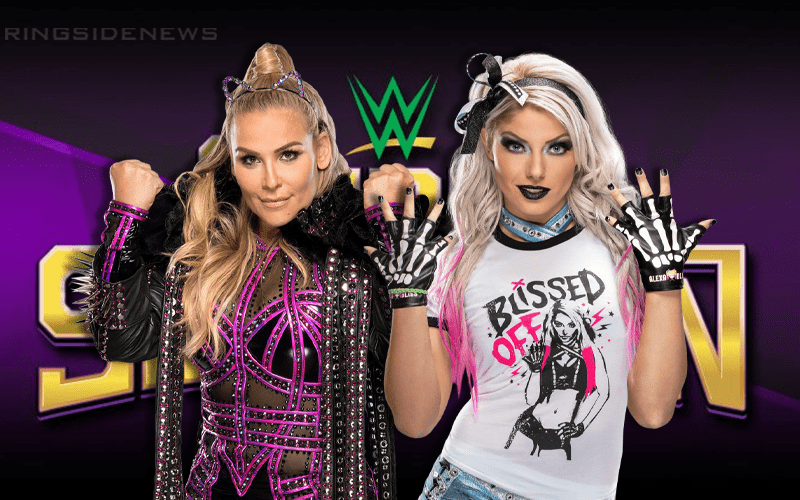 WWE Super ShowDown is this Friday and they brought along two women for the trip. Alexa Bliss and Natalya were on the 17 hour trip to Saudi Arabia, but they are not advertised to appear at the event.

Pro Wrestling Sheet reports that “WWE officials have been going back and forth with the Saudi General Sports Authority for the past few months trying to get a women’s match approved.”

Apparently, WWE brought along Alexa Bliss and Natalya and they are not approved to perform at the event yet. They were flown in with the hope that WWE will get permission to let them wrestle at Super ShowDown.

Renee Young, who commentated at the WWE Crown Jewel Event will be filling in with her usual commentary role during the event.