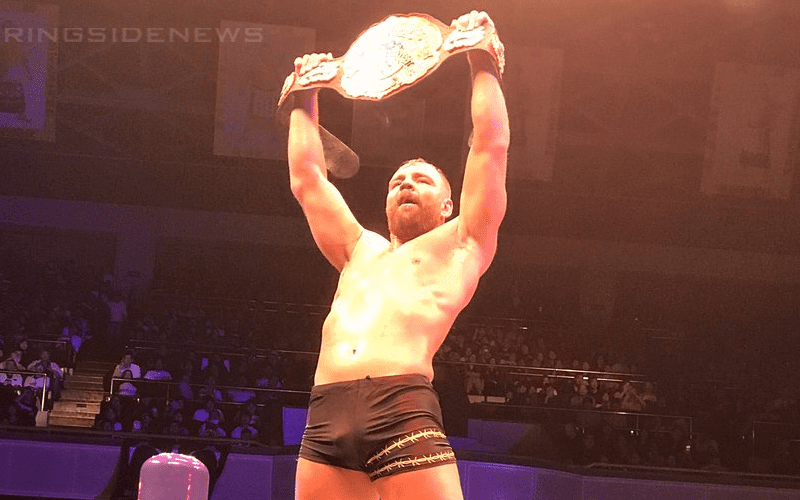 Jon Moxley surprised the world when he showed up at AEW Double Or Nothing. Shortly afterward, Tony Khan said that Mox will be allowed to work overseas and it didn’t take long to find out that Moxley was headed to NJPW.

Juice Robinson has been dealing with a stalker recently. NJPW tried to keep the mystery man’s identity a secret because Moxley asked them to keep his appearance under wraps until after AEW’s big event. Once Mox made his NJPW debut official a title match was announced.

Jon Moxley vs Juice Robinson was set up for the Best Of The Super Juniors finale on June 5th at Ryogoku Kokugikan. The IWGP United States Title match was the 7th on the card as the semi main event and the pro wrestling world had a stacked event. Will Ospreay vs Shingo Takagi was the final match of the night as the BOTSJ finale.

Moxley and Juice Robinson had an intense match-up as the IWGP United States Title was on the line. This was an brutal match where they took each other through a lot.

After working through a very stiff contest, Juice landed a Right Hand Of God, but Mox blocked Pulp Friction. Then Juice blocked Mox’s Dirty Deeds. Finally, Mox hit the DDT for a close near fall.

Then Jon Moxley landed his double arm DDT one more time to win the IWGP United States Championship. After bowing to all four corners of the ring, Jon Moxley left the ring as the new champion.