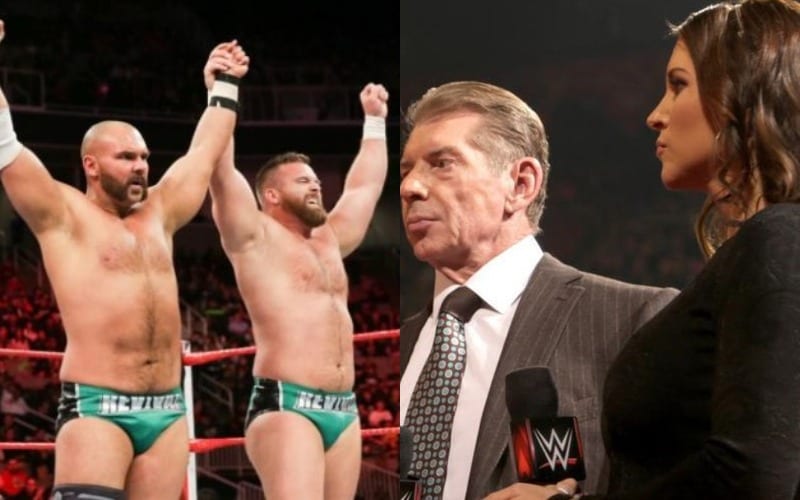 The Revival might want out of WWE, but who can blame them? The company obviously doesn’t want them to leave, but that message seems to change on a weekly basis.

This situation with Dash and Dawson is very interesting and it could be a great story to tell once they are out of the company. However, they will need to gut it out for several more months until that can happen.

Dave Meltzer discussed The Revival’s treatment on WWE programming during Wrestling Observer Radio. It is a rather interesting situation that seems to change from week to week. We will just have to see what WWE has planned next.

“So the first thing they do is ‘We don’t want you to quit’ so they put the tag team titles on them. ‘Now will you sign for five years?’ No, they don’t wanna sign. Alright so now we’re gonna humiliate you we’re gonna treat you like dirt. They still didn’t sign so now they’re back to — I mean they made them look really good. Who knows?”

“I’m sure they don’t wanna lose them and I think that’s the key, but it is surprising because a lot of the guys who want out are either being buried or not used, but these guys are going from the depths to the penthouse.”

WWE does seem to be jerking The Revival around a lot so you never know how they’ll be used on a week to week basis. Perhaps that’s Vince McMahon’s plan, but it’s not going to help Dash Wilder and Scott Dawson change their minds much.

Because Cody Rhodes and AEW obviously haven’t forgotten about The Top Guys either.