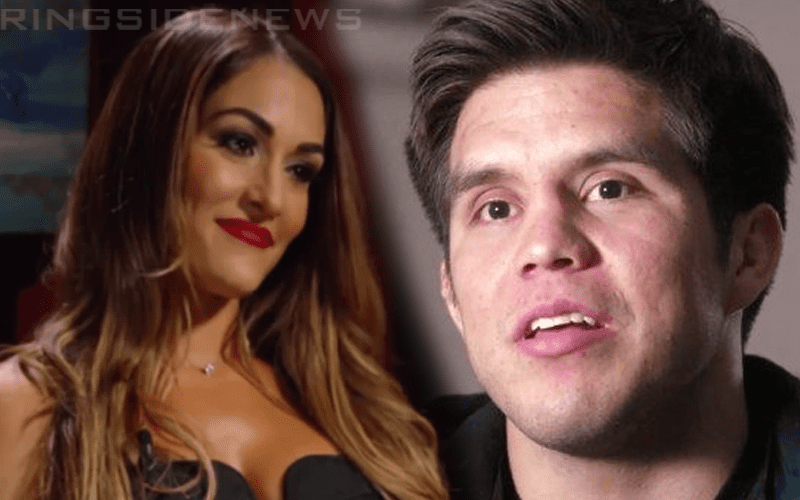 One of the most bizarre and entertaining relationship sagas in the world of WWE in the last few months has been that of Henry Cejudo and Nikki Bella. The UFC flyweight king made his move a while back, confirming that he had a big crush on Nikki. The former Divas Champion issued a response, making it seem like the two could strike up a romance.

Of course, fans of mixed martial arts will be well aware of Henry’s ‘cringe’ gimmick that he seems to have worked into his game in the last few months, with many fans drawing comparisons to Kurt Angle due to the Olympic gold medal aspect of it all.

At this point, however, it seems like the possible link between the two is dead in the water – as confirmed by Cejudo himself.

Henry hinted that you never know what could happen in the future, but for now, it certainly seems like he’s got more important things to worry about as he prepares to go head to head with Marlon Moraes at UFC 238.

Nikki, on the other hand, is known to be in a relationship with Artem Chigvintsev. The two were paired together on Dancing With The Stars a few years ago, and now that Bella is no longer with John Cena, the two have been able to find love.

Perhaps there will be hope for Mr Cejudo one day soon, but given the size of the task he has in front of him, it’s probably wise to avoid thinking about the likes of Nikki.