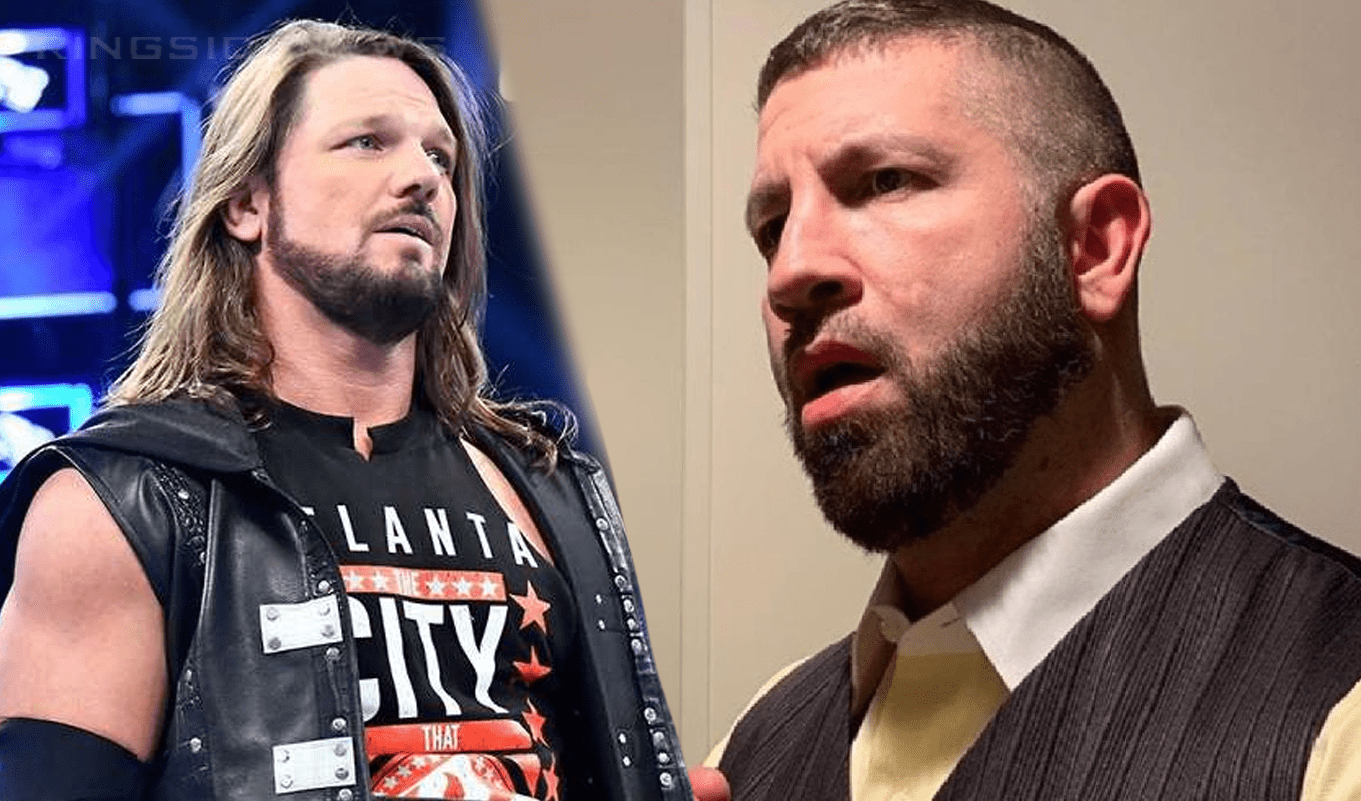 AJ Styles is the face that runs the place no matter what WWE brand he is on. However, there was also a time when he wasn’t thought to be of WWE quality mostly due to his size.

Styles spent a decade working in TNA and then moved to NJPW before finally arriving in WWE. It could have happened much sooner though.

Shane Helms spoke to the 411 Podcast about a time in 2002 when he tried to suggest that WWE bring in AJ Styles. This did not turn out too well as he soon found himself in a tremendous amount of backstage heat for even suggesting it.

“I definitely tried to get AJ hired. I actually got heat for that match, if you wanna hear a crazy story, because I let AJ do so much. Because I was already an established character, of course AJ was an unknown at the time. But I wanted AJ to get hired, because I thought AJ was fantastic back then. Truth be told, I didn’t think he’d ever — not that I didn’t think – but I mean, I didn’t perceive him to be as big of a star as he got. I mean, no one did other than AJ. But I let him do a lot, I let him do the shooting star [press] and all the brainbusters, and all this stuff.”

“And after the match, I got a little heat for letting him do so much. Me and AJ actually talked about that recently, because he had seen it [the match], because WWE posted that match and he’s rewatched it. And he goes, ‘Yeah, you gave me so much.’ So it’s just you know, it’s a circle of life. I really wanted him to get hired, and I believe they actually did offer him something at the time, but it wasn’t something he wanted to do in terms of moving. He didn’t want to move from Cincinnati, away from his family. But it’s just how crazy the business is because now I get to agent some of his matches and I’m working with him in a different capacity.”

It’s interesting to think that someone could get in trouble for letting AJ Styles do too much now, but that was the mindset back in the day when he hadn’t made a name for himself yet. Styles had to establish his brand and did so to the point where WWE didn’t even require him to change his name upon signing with the company.

Now Hurricane Helms gets to work backstage with Styles and others as they craft the best matches possible It just goes to show that you never know where your path will take you, especially in the pro wrestling world.