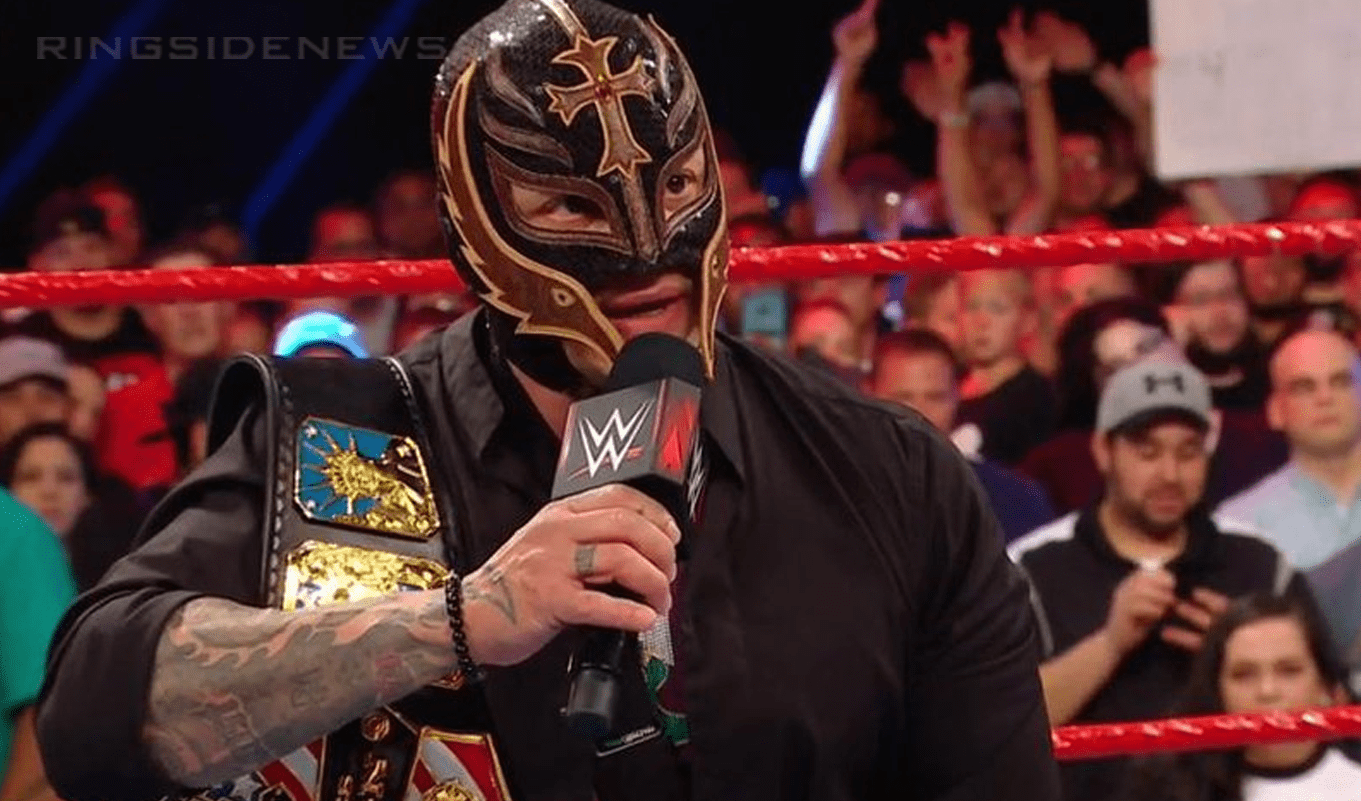 Rey Mysterio won the WWE United States Title at Money In The Bank, but his celebration would be short-lived. He was injured during a post-match attack from Samoa Joe and now he must relinquish his title.

If you want our full results from WWE Raw this week you can click here.

Mr. 6-1-9 came out during Raw with his arm in a sling to give up his US Title. This marks the first time that he’s relinquished a title in his entire career.

Mysterio spoke about his son Dominick and how he’s training to be a pro wrestler too. Then Rey moved on and said that he has to serve a good example and do the right thing. Suddenly, Samoa Joe came down.

Joe said that Rey is relinquishing the title because he never beat him in the first place because his shoulders weren’t on the mat at MITB. Then Mysterio gave up his US Title and he handed it right over to Samoa Joe making him the new champion.

Before Rey Mysterio could leave, Joe choked Mysterio out a little bit before he took his new title and left.