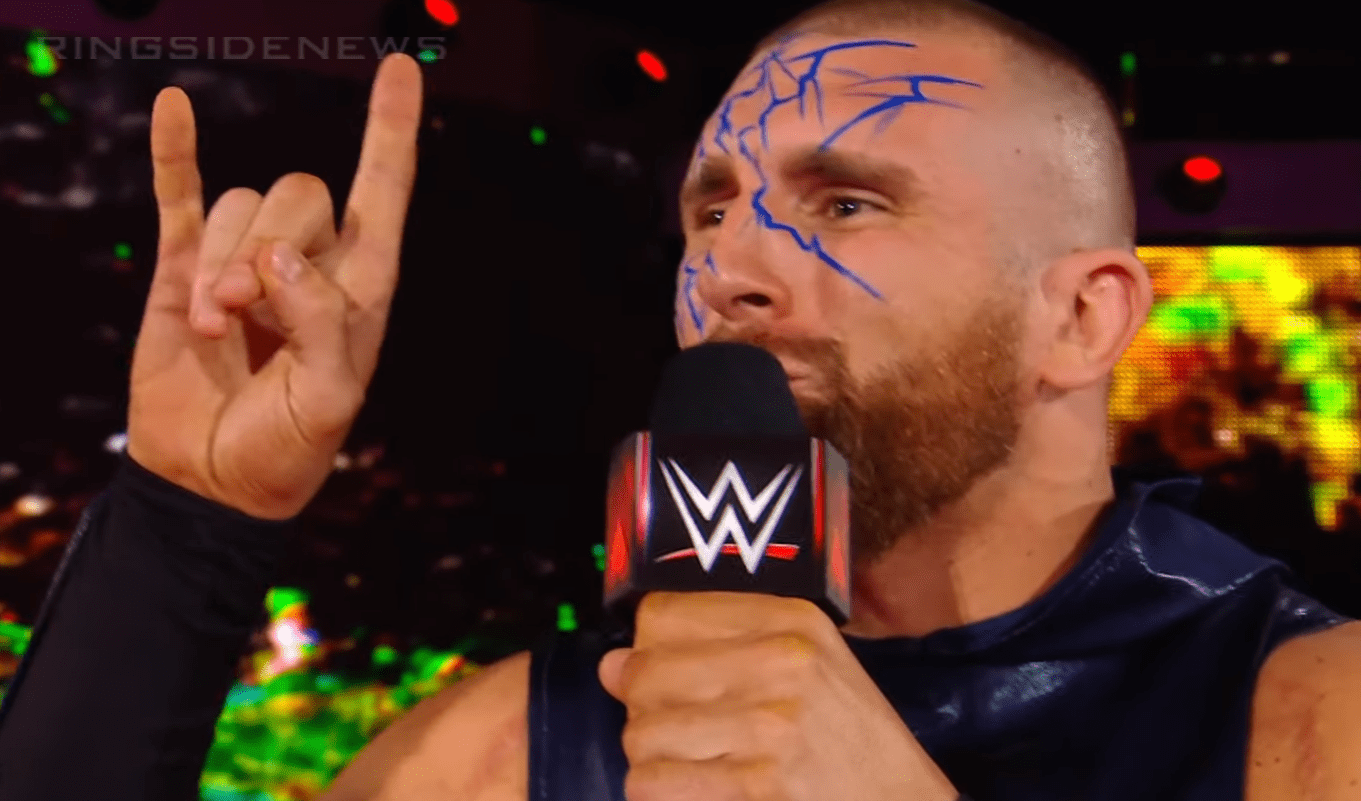 WWE Raw is a live show so sometimes they need something to keep people entertained during the commercial breaks. It turns out they called Mojo Rawley this week.

If you want to read our complete Raw results you can click here.

Rawley came out during the commercial break and he was focused in his new heel persona. He still has the blue veins on his face as well as he cut a promo on the Texas crowd while mocking their college football team. This seemed to get the Texans pretty heated.

Then Rawley said that he’ll be making history at the Super ShowDown event when he defeats 49 other men in the largest battle royal in WWE history. It was a short promo from Mojo Rawley, but he made his point.