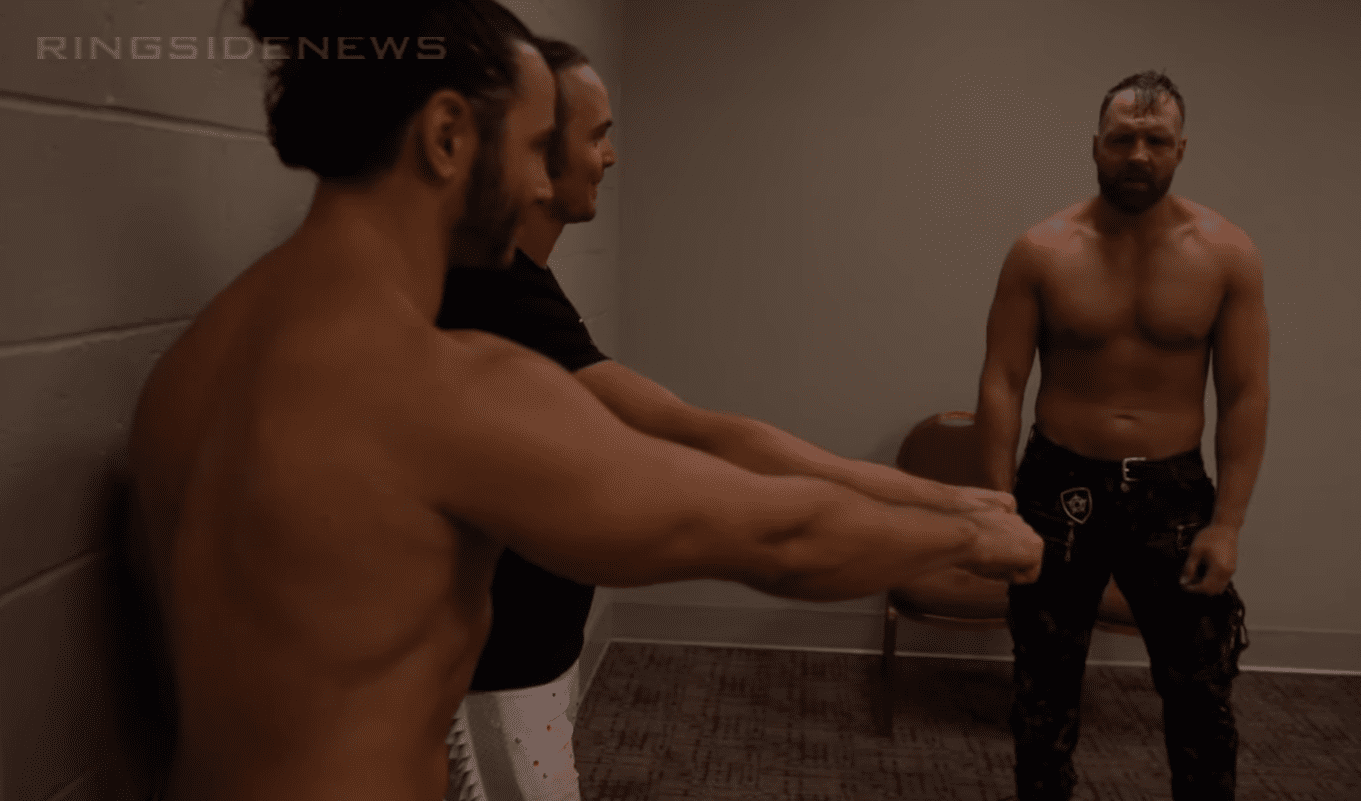 Jon Moxley is in AEW now which means he is officially part of The Elite. It seems like he should be getting used to some new antics too.

The Young Bucks opened the newest Being The Elite video by throwing out their fists for a Shield Fist Bump. Jon Moxley was there too, but he just looked at them in a very confused fashion before slapping his own forehead and walking off.

This is probably the short comedy segment that Mox was talking about when he said that in 10 minutes with AEW he filmed more segments than he did during his last 6 months with WWE.

It was a pretty great way to start the newest episode of Being The Elite and a great allusion to Mox’s former gimmick. Nick and Matt Jackson might not be Roman Reigns and Seth Rollins, but they never claimed to be either.