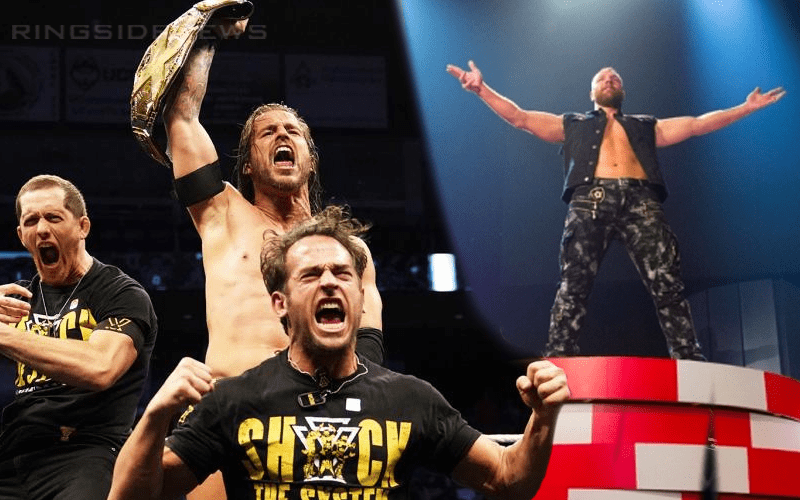 Pro wrestling doesn’t have to be a competition between companies, but when you have two promotions vying to get as many fans as possible it might be difficult to avoid. So, who’s winning so far?

AEW Double Or Nothing impressed a ton of people, but just one week later NXT TakeOver: XXV might have delivered on a greater level. At least, that’s what the fans are saying.

Our official Ringside News Twitter account sent out a poll which you can see below. There isn’t much time left so you can still vote right now, but needless to say, we were a bit surprised by the results when asking which event fans thought delivered more between TakeOver: XXV and Double Or Nothing.

With around 2,700 votes so far NXT TakeOver: XXV is winning with 56% of the vote with AEW Double Or Nothing receiving 44%. In any poll this puts WWE’s product ahead of AEW, but you also have to wonder how long that will last.

AEW doesn’t even have a television show on TNT yet. We are still waiting to see when they will get around to announcing that. NXT has a weekly show so they have the ability to tell stories through that device where AEW has Being The Elite on YouTube which might be ending soon anyway.

We will keep you updated on this story as more things develop in the entire pro wrestling landscape. It will be interesting to see how things turn out and which product fans are watching. One thing that is very clear by this poll is the more wrestling we get means the better for everyone involved.