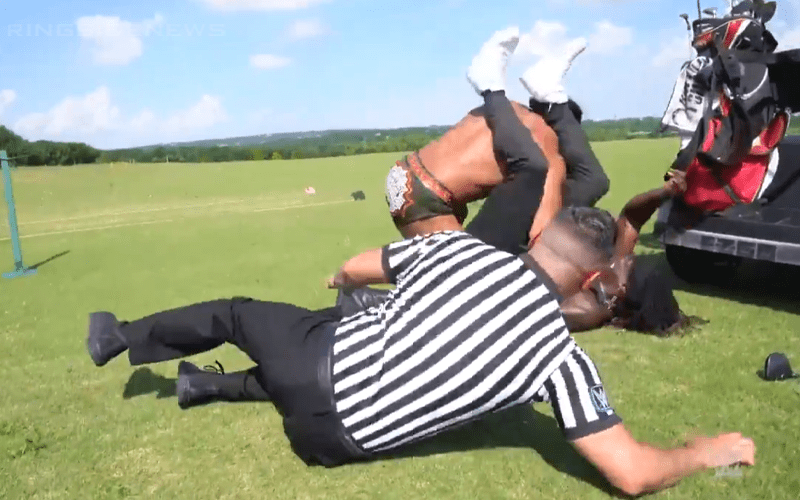 WWE’s new 24/7 Title is quite interesting. It is like the Hardcore Title in a lot of ways, only since it is 2019 and the title can also be defended at any time of the day thanks to social media.

We previously reported that WWE was considering some interesting ideas for the 24/7 Title one of these ideas includes the title being lost on social media. That’s exactly what happened on Sunday.

R-Truth was just trying to enjoy some golfing, but there was no where to hide when Jinder Mahal came around. The Modern Day Maharaja was after the 24/7 Title and he came prepared with a referee in tow.

Carmella had no idea that R-Truth even golfed, but Truth said it’s all about relaxation and clearing his mind. He’s been running, but now he needs to breath.

Suddenly, Mahal jumped Truth while wearing full ring gear and a referee in full uniform soon followed. Mahal rolled Truth up and won the 24/7 Title. Then Ron Killings immediately rolled Mahal up and got his title back.

So R-Truth is still the WWE 24/7 Champion, but you never know when that could change.